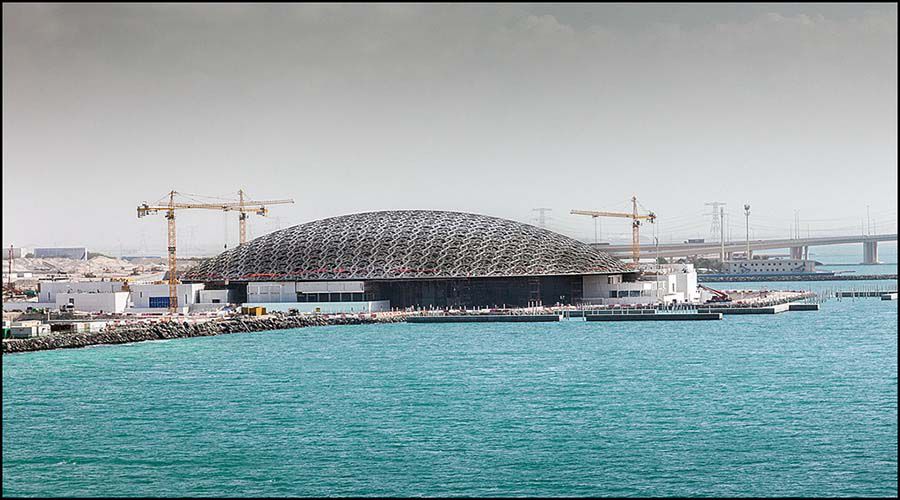 Designing this iconic structure was no easy feat and naturally the onus fell to Jean Nouvel, a Pritzker Prize winner and the man responsible for giving us structures like the Torre Glories in Spain and Foundation Cartier. Nouvel is well-known for designing cultural hubs as this museum  is set to bridge the cultural gaps.

The museum is built on a 97,000 square metre site of Saadiyat Island. This low-lying island is 500 meters off the coast of Abu Dhabi and is well known for being a site of various tourism and development projects. 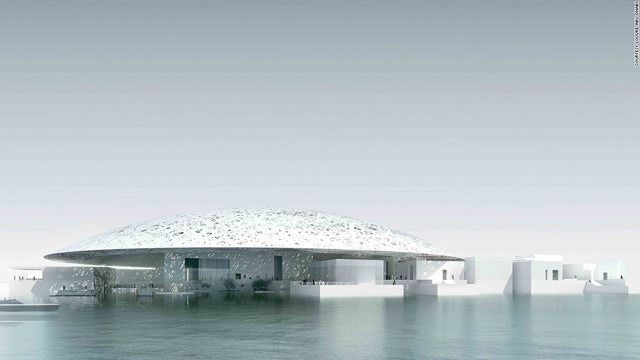 The silver dome of The Louvre seems to be floating due to hidden pillars within the museum. This dome is made of 7,500 tonnes of stainless steel which weighs more than the Eiffel Tower(7,300 tonnes).

The huge museum couldn’t be built on sand which was why 503,000 cubic meters of sand was removed for the museum to be constructed.

The building has a total of eight layers. The four outer layers are made of stainless steel while the other four inner layer are made of aluminium. The layers are separated by a steel frame which is 5 meters high. 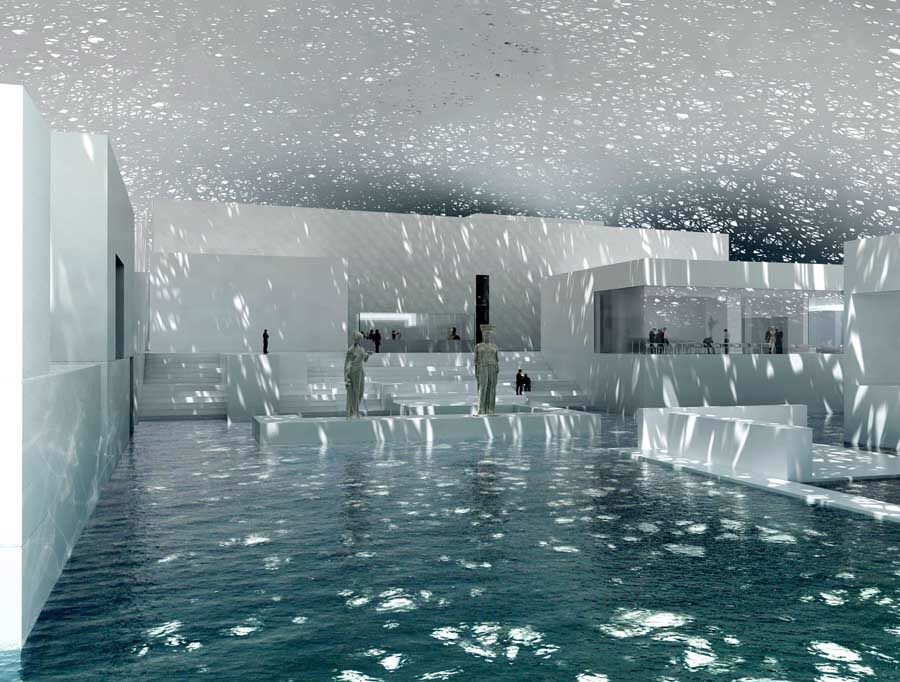 There are various holes in the dome of the structure. This is to let the sunlight in and is now known as Abu Dhabi’s ‘rain of light’ which passes through a total of eight layers that filter this sunlight.

The art on display inside the museum emphasizes on exchange and shared human experience. It covers everything on the human history, from the birth of civilization and empires to religion and trade.

#9. Naming it The Louvre

Naming the new museum after the famous French museum had its price. The Emirati government requested the French government to use the name ‘The Louvre’ and sealed the naming deal with $525 million.

The canopy of the museum lets the light in but keeps direct sunlight out which keeps it cool. Furthermore, most of its is made of reflective material and the stone floor keep the temperature under control.