These smaller relatives of bears are native to North and South America but can also be found in Europe and Asia. They are often seen digging into trashcans but they are truly fascinating creatures. Here are 10 crazy facts about raccoons.

#1. Their paws are similar to human hands 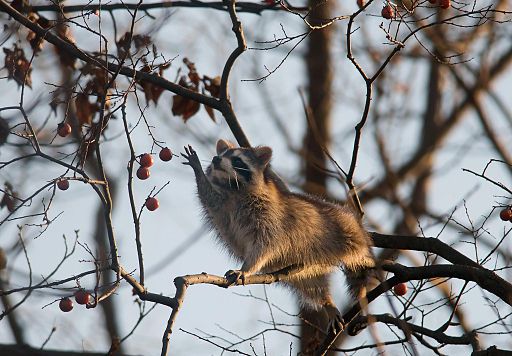 By U.S. Fish and Wildlife Service Headquarters (raccoon and persimmonsUploaded by Dolovis) [CC BY 2.0 or Public domain], via Wikimedia Commons

Like humans, they are one of the animals that can use all five fingers. Because of this, they can perform various tasks that are difficult for other animals like untying knots or opening the latch of a cage, opening car doors or breaking into homes.

#2. They are named after their paws

In most languages, they derive their name due to their dexterous hands. The English word raccoon comes from the Powhatan word ‘aroughcun’ which means “an animal that snatches with its hands.” The Aztec word for them is ‘mapachitli’ meaning “one who takes everything in hands”. 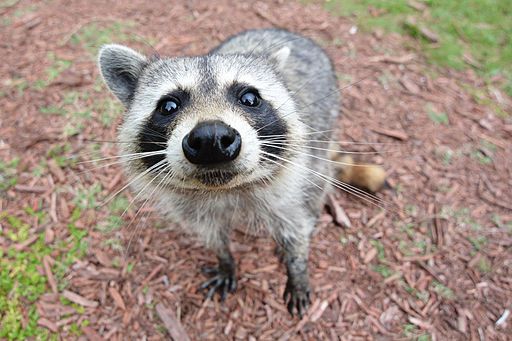 Raccoons are extremely vocal and can make over 50 different sounds. These include growling, whistling, purring, screaming and whinnying like a horse.

#4. They are extremely clean

Even though they search for food in trash cans and stay in places like abandoned cars, in spite of it, they are very clean animals. They wash their food before eating by placing it in water and dig latrines in areas where they live for disposing off the waste. 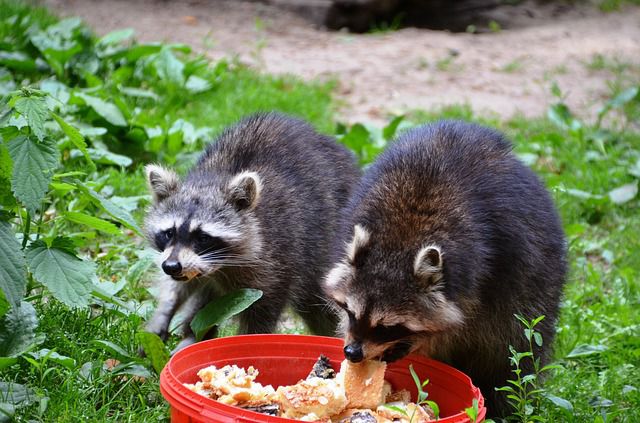 They are omnivores and will eat everything that they can lay their paws on except tomatoes (they are a no go). In urban areas, they eat human food or invade trashcans. In the wild, they have more animal options.

#6. They come in varieties

Six varieties of raccoons are native to North and South America. There are other varieties found in other areas. Out of all, the Pygmy raccoon is endangered.

#7. They are intelligent animals 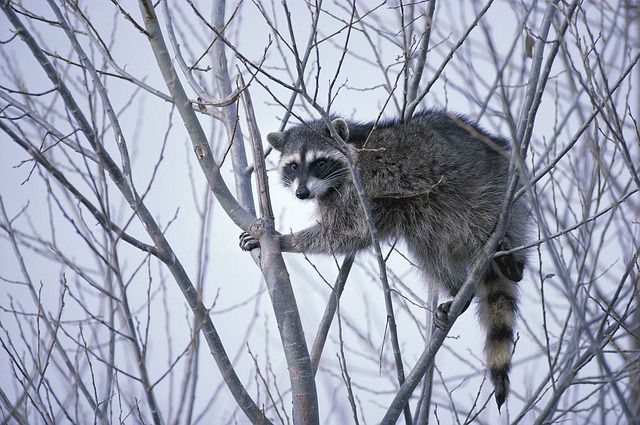 Raccoons are fairly close to human IQ levels and rank after monkeys and apes. They are also known for their evolving intelligence and thinking methods. They can learn from their past experiences and remember a trick up to three years. In fact, they were once subjects for lab tests along with rats and monkeys but were dropped for being too smart and strong-willed.

#8. They run at high speeds

They can run at high speeds reaching up to 15 miles per hour. They are agile animals that can climb trees and swim to catch their prey. 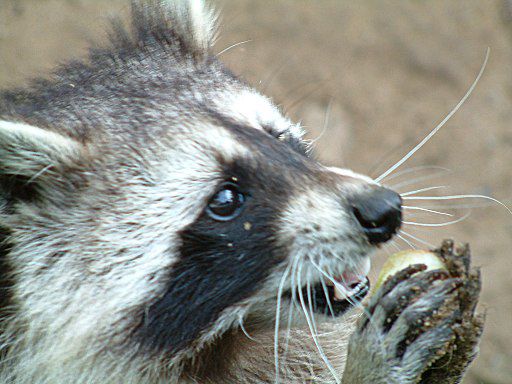 Raccoons love the city life cause they get access to food and shelter. Toronto is one of the heaviest raccoon populated city. In fact, there are 20 times more raccoons in cities than there were 70 years ago.

#10. They do not have life partners

Unlike other animals raccoons do not mate for life. In fact, a male raccoon attempts to mate with various females during mating season while a female raccoon mates with only one. Moreover, males do not raise their offspring, the responsibility falls on the mother.

10 Facts That Should be Common Knowledge