The Chinese call them “Xiongmao” or “Giant cat bear” and these giant, black and white furry creatures are nothing short of adorable. They are usually found in thick bamboo forests up in the mountains of central China. Check out these 10 cute facts about Pandas to make your day!

#1. They become big in just a few years 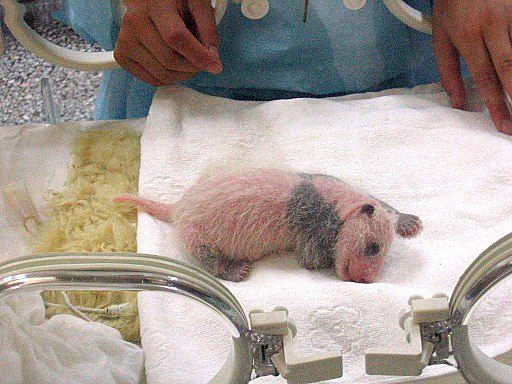 By User:Colegota and post-processed with The GIMP (Own work) [CC BY-SA 2.5 es], via Wikimedia Commons

Like any other animal cub, baby pandas are adorable and weigh just three to five ounces! But these tiny, pink, blind and hairless infants soon grow to big pandas and can weigh 100 pounds in just a year. Fully mature pandas can weigh around 350 pounds and be up to six feet long.

#2. They have their priorities straight

It wouldn’t be wrong to say that these adorable giants have their priorities straight i.e. eating and sleeping. This is all they do all day- eat and sleep. If you want to visit a panda, better wake up early to see them active.

There is a reason pandas are endangered species. The only thing they do is sleep and eat and mating doesn’t make it to their list of priorities. Females produce only two off-springs per year and usually the stronger one survives while the other one is hand- reared. All these giant panda cubs born in foreign zoos belong to the Chinese government and must be returned.

Pandas are only found in China but zoos in U.S. of Washington D.C, Atlanta, Memphis and San Diego also have giant pandas and for them, the government pays quite big bucks to the Chinese government. Apparently, these zoos pay somewhere around $1 million a year for a ten- year contract. 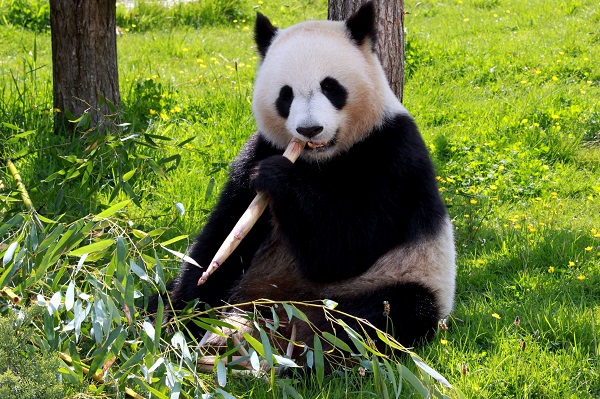 Giant pandas are technically carnivores but they eat bamboo and a lot of it in fact. The plant doesn’t have much nutrition so pandas can eat around 85 pounds of bamboo per day to keep up their nutrition level. In fact, an average panda can eat a shoot in just 40 seconds. Their throats have a special lining to protect them from splinters.

Even with 7 toes, they don’t chase after other animals, they just use all their toes to grab bamboo and maneuver in into fat cigar shapes which makes it easier for them to eat a lot in one go. 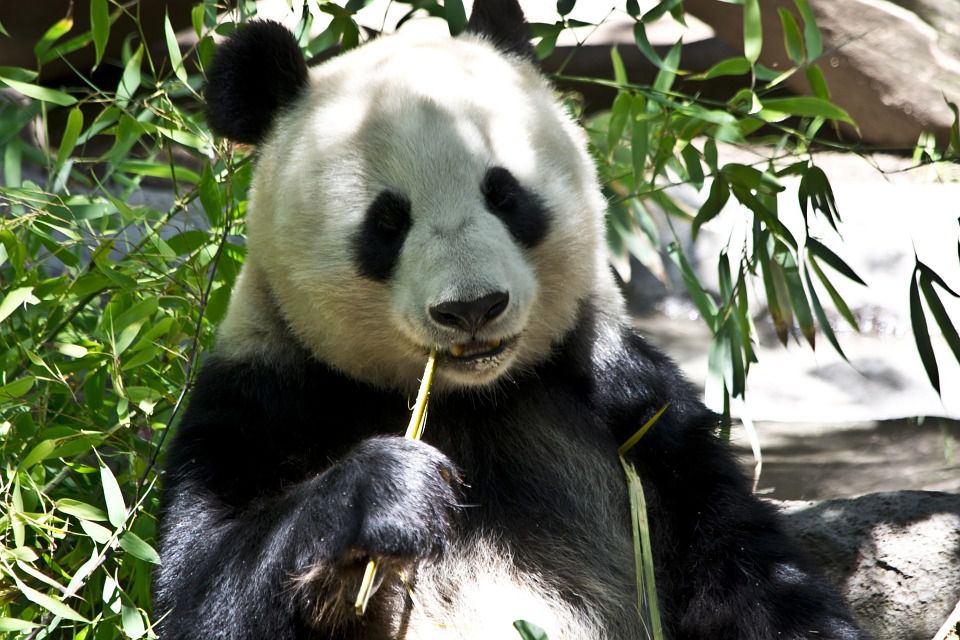 Giant pandas are shy animals and prefer staying alone. They have a heightened sense of smell and use that to detect and avoid other pandas nearby. They only make it an exception during the mating season when the males locate females.

Eating so much bamboo has its repercussion. Apparently, pandas can poop as such as 28 kilos a day. It also makes tracking them very easy as the poop points towards the direction of their travel.

Once upon a time, they used to be hunted for their pelts as it was believed to ward off evil spirits. Now with just 1000 pandas surviving, the focus is towards conservation. Hunting them carries strict penalties.

Though they are essentially bears but they don’t hibernate like other bears. When winter comes, they just go lower elevations such as base of the mountains. One reason why they do not hibernate is because their bodies do not allow them. They mainly eat bamboo which prevents them from building fat reserves that can last throughout winters.