Geisha are beautiful Japanese women entertainers at events including tea parties who primarily entertain guests with their singing, dancing and playing traditional Japanese musical instruments. Not only are these women very beautiful but very talented too and their lives are nothing short of a mystery to an outsider who sees a geisha in her element. If you too are awestruck with them, read on these 10 facts about Japanese geisha that should know to break the mystery. 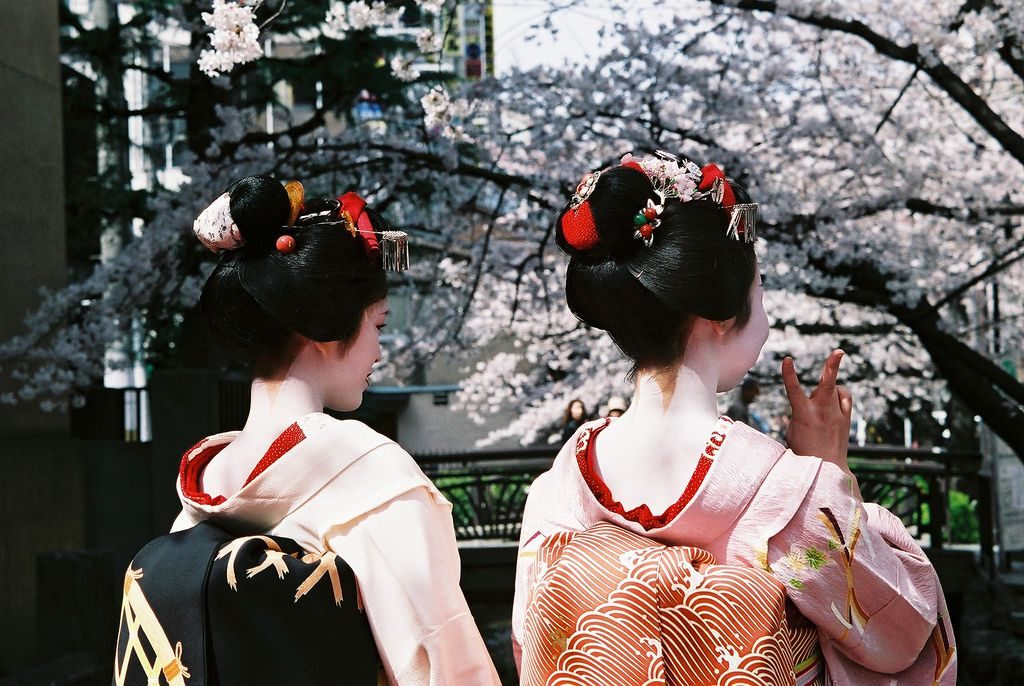 Many westerners often mistake a geisha for a prostitute but that is not the case. A geisha sells her skills to entertain which is a quite different job description than that of a prostitute. 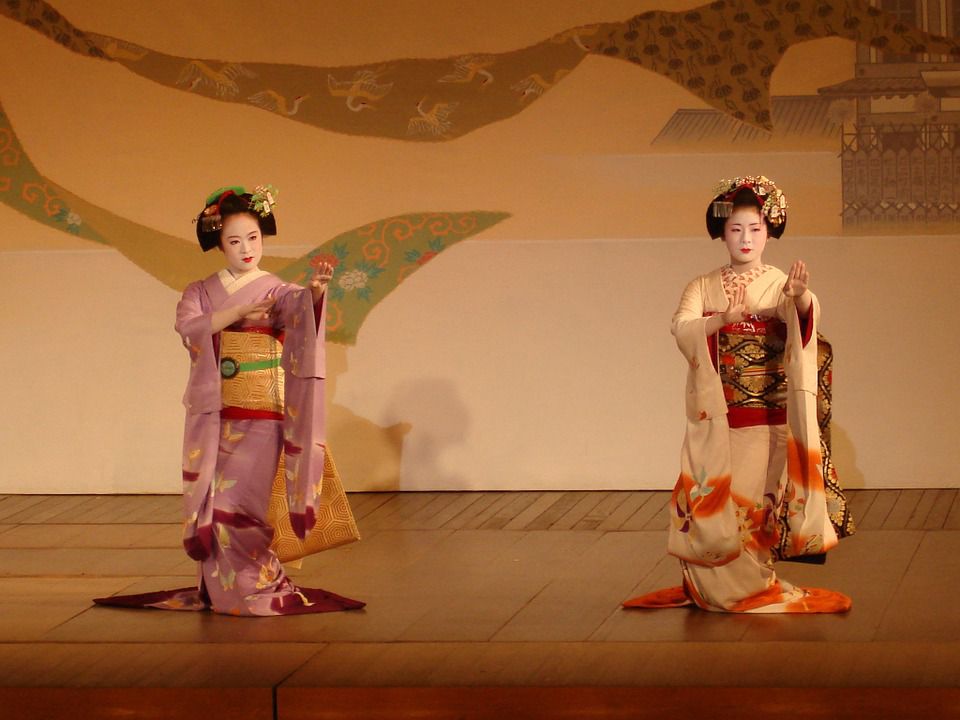 A maiko is an apprentice geisha or a geisha in training. They differ from a geisha who has completed her training. A maiko can also be recognized by her more colorful kimono and a different hairstyle than a geisha.

There was once a time when male geisha existed and they were expected to entertain guests. It was during the Edo period in Osaka and Kyoto that geisha meant a houkan which meant en entertainer. By the Meiji era, Geisha came to symbolize women. 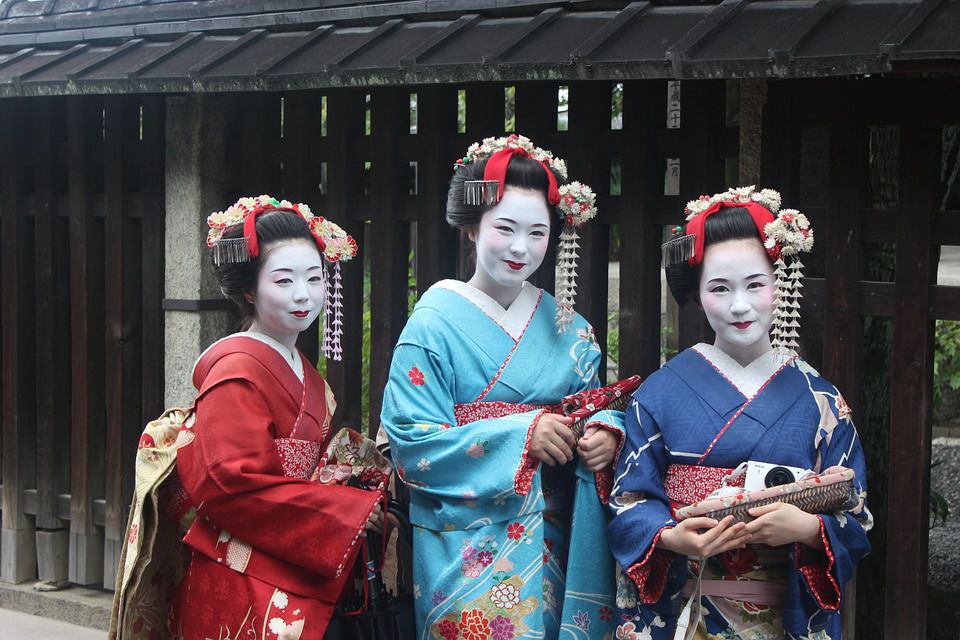 Oshiroi is the white powder with which geisha cover their faces and necks. The look is further completed by a black eyeliner, little bit of red eye-shadow at the end of eyelashes and deep red lips. In the early days, this oshiroi used to contain lead which would serious health problems in the later stages (some old geisha would start having pale skin).

The hairstyle of a geisha is very elaborate and takes hours to do and they have to go through actual torture to get that hairstyle. Maintaining it id even troublesome. In order not to spoil that hairstyle, they would sleep on wooden pillows or takamakura which are special pillows for geisha. 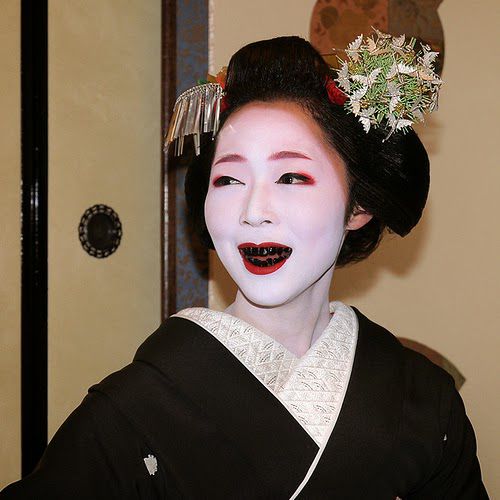 During old days, geisha would blacken their teeth. This practice was called ohaguro and was not just followed by geisha but Japanese women in general. These days, a maiko will blacken her teeth once she finishes her training.

A danna is a wealthy man who would choose to become the patron of a geisha. To become a danna, you would have to be very rich because it requires taking care of the geisha all through her life, taking care of her expenses and paying for her training. 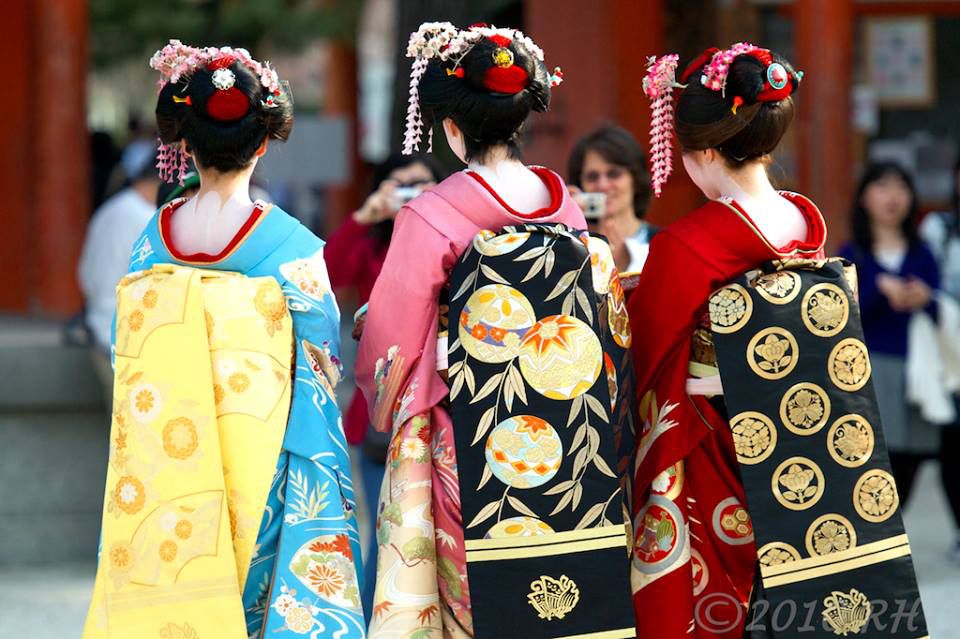 They always wear handmade beautiful kimonos which are made of silk. These kimonos are very expensive.

A geisha cannot get married till the time she is working. However, she can get married post retirement.