Sloths are slow animals and are closely related to armadillos and anteaters. They are kind of cute and funny and so slow and harmless that they get eaten by animals half their size. Read on to know 10 more fun facts about Sloths.

#1. They used to be gigantic 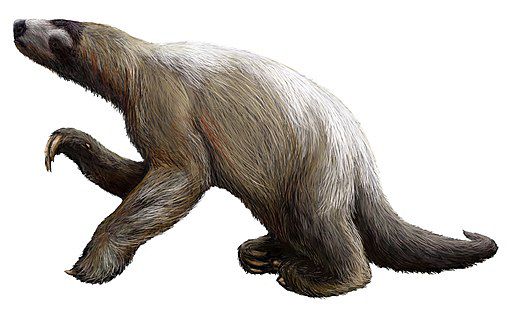 The modern day sloths are nothing compared to their ancestors. The prehistoric Megatherium (from Xenartha group) was nowhere near to being small and was the size of an Asian elephant. He used to be around 6-7 meters tall and weighed somewhere between four and seven tonnes.

Sloths are synonymous with being slow. It is known that a sloth can only move 40 yards or 36.5 meters a day. This slowness is caused by their diet and a low metabolic rate. Their food primarily consists of toxic leaves which are tough to digest and provide them with very little energy. 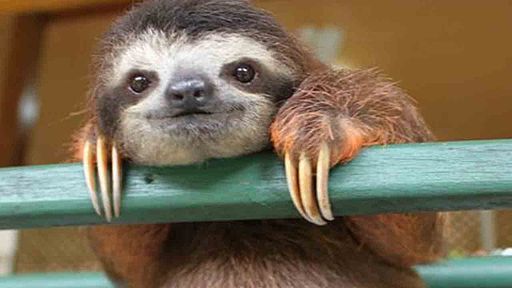 By Epicawesomewolf [CC0], from Wikimedia Commons

There are two- toed sloths and then there are slower three-toed sloths. However, the two-toed ones have two fingers on each hand.

Sloths love water and they enjoy taking a dip. This makes them excellent swimmers. In fact, they can hold their breath underwater for up to 40 minutes. 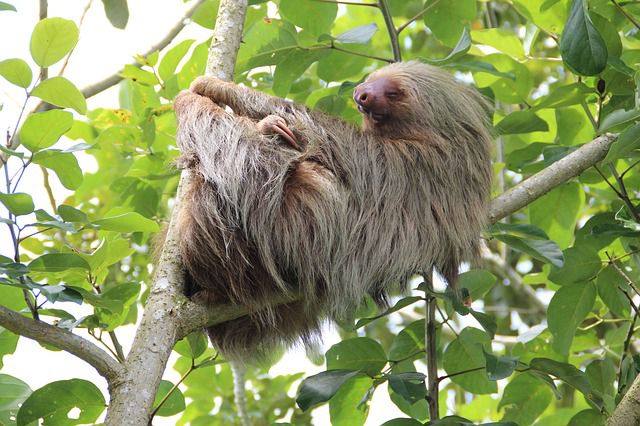 Sloths are arboreal creatures. They spend much of their life hanging from tree branches. Their long claws provide them a powerful grip.

Another reason sloths move so slowly is because of their weak hind legs and long claws. In order to move their bodies, they have to dig into the earth. Due to such extremely slow movements, when faced with a predator, their only way out is biting and clawing. 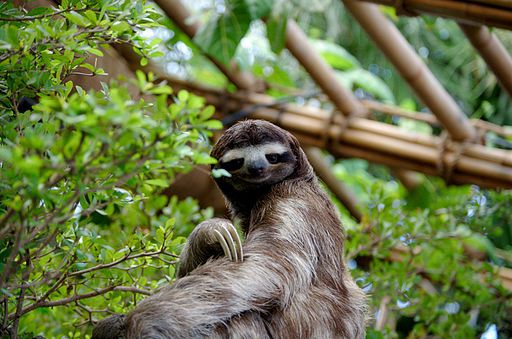 By Sergiodelgado [CC BY-SA 3.0 or GFDL], from Wikimedia Commons

Contrary to popular belief, sloths only sleep for less than 10 hours a day and yet with so much time, they prefer a solo life. The only time they have company is when another sloth is sleeping in the same tree.

Sloths hardly leave their trees except when they go for a swim or to the bathroom. They even mate and give birth to their young ones in trees. This starts when a female gives a mating call by yelling. Males will then fight for her by hanging from trees and pawing at each other. The winner sloth gets to mate.

#9. They only defecate once a week 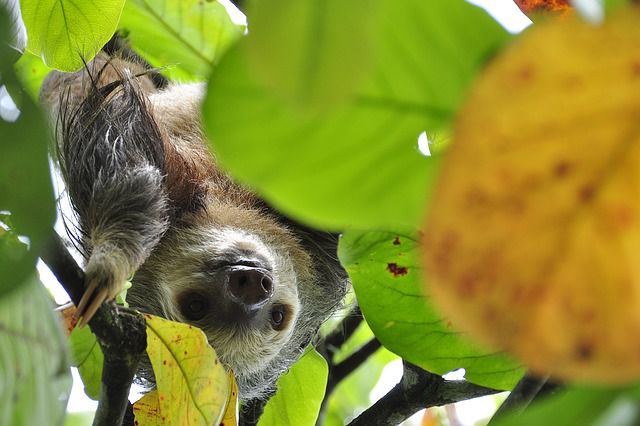 One of the reason they leave their trees is for defecating and they do it only once a week. This is cause their food, the leaves they eat takes up to 30 days to digest. They can lose up to one-third of their body weight after going to the toilet.

Half of the sloth deaths occur when they go on their weekly trip to dig a hole and defecate. Since they always use the same spot, they are vulnerable to predators.

Unique Home – 10 Years in the Making