Top 10 Romantic Movies For the Romantic in You

The villain from Mario Bros 2, Wart has only had one cross in one Nintendo game. It was in The Legend of Zelda: Link’s Awakening. He goes by his original Japanese name Mamu and helped Link complete his quest by teaching him a song.

#7. Mario would ride a dinosaur

During the NES days, Shigeru Miyamoto wanted Mario to ride a dinosaur when Super Mario Bros. Was released. But this couldn’t be achieved due to Nintendo’s technical limitations. However, when SNES came out, Miyomoto grabbed the opportunity and introduced Yoshi.

#8. Once voiced by Optimus Prime

Over the years, Mario has had lot of voice actors including Charles Martinent and Captain Lou Albano. But there was once a time when he was voiced by Peter Cullen who also voiced Optimus Prime. This was when he showed up in 1983 show Saturday Supercade’s Donkey Kong shorts.

These days when Mario travels through the Mario Land, one can spot various Power Ups such as flowers and mushrooms with eyes. But the first power-up to get eyes was the Starman. Every other power-up except him was drawn without any eyes initially. 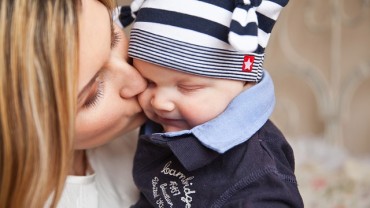