Everything that it is a bit more different than what most of us are capable of doing captures our attention. Left-handed people are not that rare, but the easiness they manage to do everything right with their left hand amazes us. But besides this obvious aspect, there are a few more that most of you are not aware of. Unless you are living with a left-handed person or know one up close and personal, you will be amazed by the following 10 facts regarding these persons, who are natural of doing everything the other way around.

Even if they don’t come up front and admit it, many famous people are left-handed. Don’t think they don’t speak up because they are ashamed of being this way, as they may have forgotten all about it, being a leftie being so natural for them. Justin Bieber, Celine Dion, Paul McCartney, Tom Cruise, Brad Pitt and Angelina Jolie, they are all famous lefties. So it is not a defect that won’t allow you to meet success.

Believe it or not, but being left-handed was once thought to be a sign that one was touched by the evil. The word in Latin for “left” is “sinister”, so now you know why this wrong association was made. In some Christian schools, the nuns used to force left-handed children to write with their right. Also, if you take a better look at all pictures showing Satan, in most the evil one is represented is being a leftie. A very awkward belief.

There are quite some personalities in humanity’s history that were geniuses. Albert Einstein, Isaac Newton, Charles Darwin, they were all left-handed and brilliant minds, which changed the world. There are even some studies showing that most people having an IQ of over 140 were left-handed, in comparison with people that reached the same results, but were right-handed.

#4.       They have a special day to celebrate their uniqueness 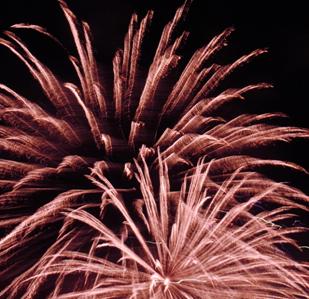 Somewhere around the 1990s, a club in the UK, called the Left-Hander’s Club, decided to make a special day for all the lefties worldwide. Thus, on the 13th of August, all left-handed people celebrate the fact that they are a minority, in a world dominated by right-handed people. It was a day made to raise the awareness upon this fact.

Regardless if you are left or right-handed, the left hemisphere of the brain is used for developing and managing the language and communication functions. About 30% of the left-handed persons do not fully use their right hemisphere, leaving them facing higher risks for developing conditions like dyslexia, schizophrenia, or even ADHD. 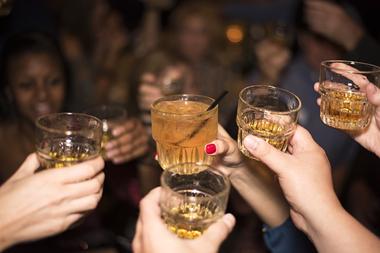 It appears that left-handed people like more to drink than their right-handed counterparts. There was a survey done in 12 countries, with the conclusion that lefties are more frequent alcohol drinkers. It appears that the ones that use mainly the right brain hemisphere are not so tolerant when it comes to drinks. But that doesn’t mean lefties are more exposed to becoming alcoholics.

A Canadian team made out of scientists wanted to see if there is a connection between being left-handed and gay. It appears that, after putting together the results of 20 studies, 39% of the lefties are homosexuals. In more detail, the results show that 34% are gay men and about 91% are lesbians.

Another study showed that most left-handed persons are talented when it comes to arts. Whether it is about different arts or music, a survey made on 2,000 people proved that the majority of the left-handed subjects are inclined towards these directions. On the other hand, right-handed people are better when it comes to exact sciences, like math and physics.

#9.       Babies show a left-handed tendency early in their lives 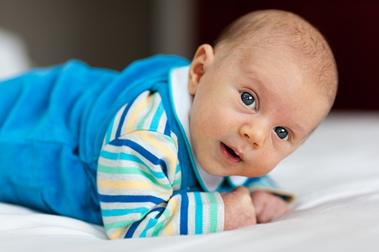 It appears that babies can show, even from a very young age, if they are left-handed or not. Just put your baby on the tummy and, if you notice he has the tendency to turn his head to the left, then he has all the chances to be a leftie. Also, expecting mothers that are over the age of 40 have a 125% chance to deliver a left-handed baby. And, in the case of twins, there is a high chance that at least one of the twins will be a leftie.

When it comes to apprehending 3D perceptions, left-handed people are more fast and accurate. This aspect is closely related to the fact that the brains of lefties work a bit different than the brains of righties. They are more efficient at creative thinking issues, together with optical illusions, finding small details in biggest images more rapidly.