The internet has made it so easy for information to spread, for people to find out things that they wouldn’t have known before. And it’s so quick! Unfortunately, this also means that it’s very easy for incorrect information to spread, and spread, and spread. So here are 10 facts that the internet loves that are, in fact, wrong.

Nothing man-made is visible from space. We just aren’t that great. Sorry.

2.)    Cracking your knuckles gives your arthritis

No one knows where this “fact” came from, but it’s been definitely disproven several times. When you crack your knuckles, all you’re doing is popping bubbles of gas in the joints. Nothing major.

We’re all familiar with the image of a matador swinging his red cape and the bull charging and the matador viciously killing the bull. Turns out, bulls are colour blind and the fact that the cape is red is irrelevant. They just hate the way it moves.

Your idea of evolution is all wrong. We didn’t come from apes; both humans and apes came from a common ancestor. You’re not your cousins child (well, in most of the world, anyway. Yee-haw)

6.)    Your nails and hair continue to grow after death

They don’t. Sorry. It just looks like they have, because of the slight shrinking that takes place in the body after death, due to a lack in water content.

7.)    A penny thrown off the Empire State Building is deadly

Force = mass times acceleration. And a penny ways, I believe the scientific term is, practically nothing. You’d have to drop it from a lot higher than the Empire State Building for it to hurt.

Nature hates waste. We may only consciously use about 10% of our brain, but the rest of it is still being used. Think of how many things your body does without your input – memory, breathing, heart rate, liver function, etc. etc. Way more thinking than you do yourself. So sorry Scarlett Johansson and Morgan Freeman – Lucy sucked.

9.)    We lose most of our body heat through our heads

No, no we don’t. Heat loss is, in fact, almost equally distributed. It’s just that we’re usually not wearing hats, but we are wearing clothes.

This one is just plain stupid. There was one study that said there was a link, which was conducted using poor science and just generally crap, and has subsequently been denounced by actual scientists. VACCINES DO NOT CAUSE AUTISM. Say it with me. If you don’t vaccinate your kids, you’re putting lives in danger. 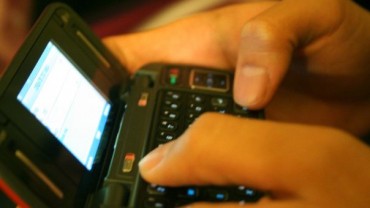