Afraid of heights? Or are you up for a challenge? Either way, here are the 10 most scariest bridges in the world you shouldn’t cross if you have acrophobia. 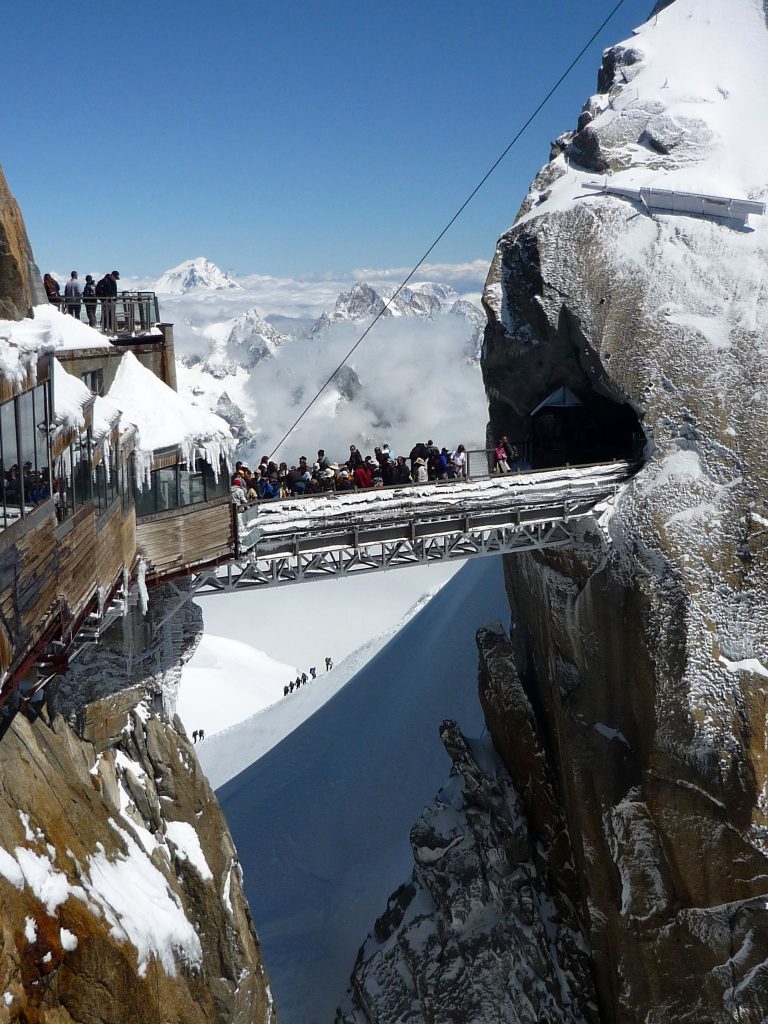 Located in France, this is considered to be one of the most dangerous hanging bridges in the world. It lies at the summit of Aiguille du Midi near Chamonix and it is best not to look down while crossing this bridge. It is located at about 12,605 feet above sea level but the good part is, it’s short in distance. And if you can dare to be on it for such a short time, you van see three countries at once- France, Italy and Switzerland. 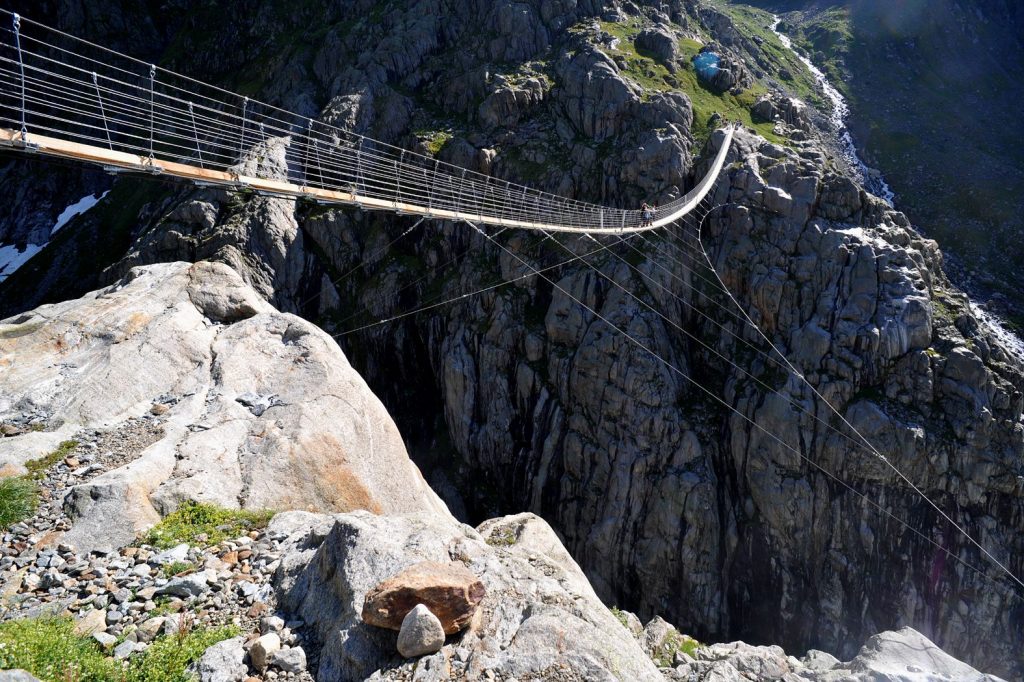 The 110 meters high and 180 meters ling bridge was built in 2004 in order to reach the Trift Hut. It is located in the Alps of Gaden in Switzerland. The earlier version of this bridge was more dangerous with it being a rope bridge but 2009 brought about a few improvements.

Don’t mean to scare you but this bridge is practically in the middle of nowhere. The poorly maintained bridge is made of thin planks so there might be a chance that your legs just pass through them. Moreover, if you fall by an chance, don’t expect any help because of the location of this bridge. The connecting mountain is steep and scaled using a series of chains that have been pt in stones. 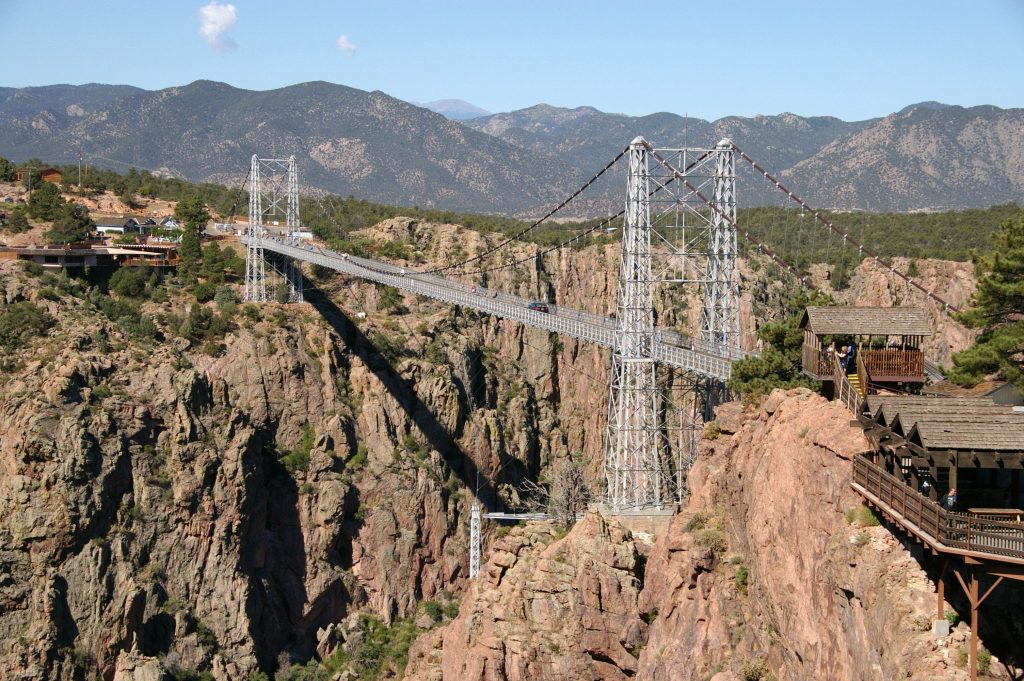 Situated in Royal Gorge, this is considered to be the highest bridge in America. It is 1,260 feet long and situated 969 feet above sea level. 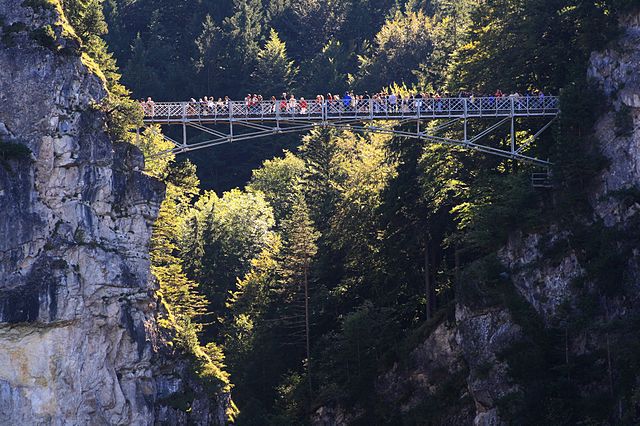 Located in Germany, this bridge connects two cliffs to each other. It has been constructed close to the Bavarian Alps. Think twice before stepping on it, especially if you are afraid of heights.

It’s not very high and yet it is very dangerous. The bridge is made of very poor material- just some wood and suspension ropes. There is always a risk of it being washed away with water below it or harsh weather. 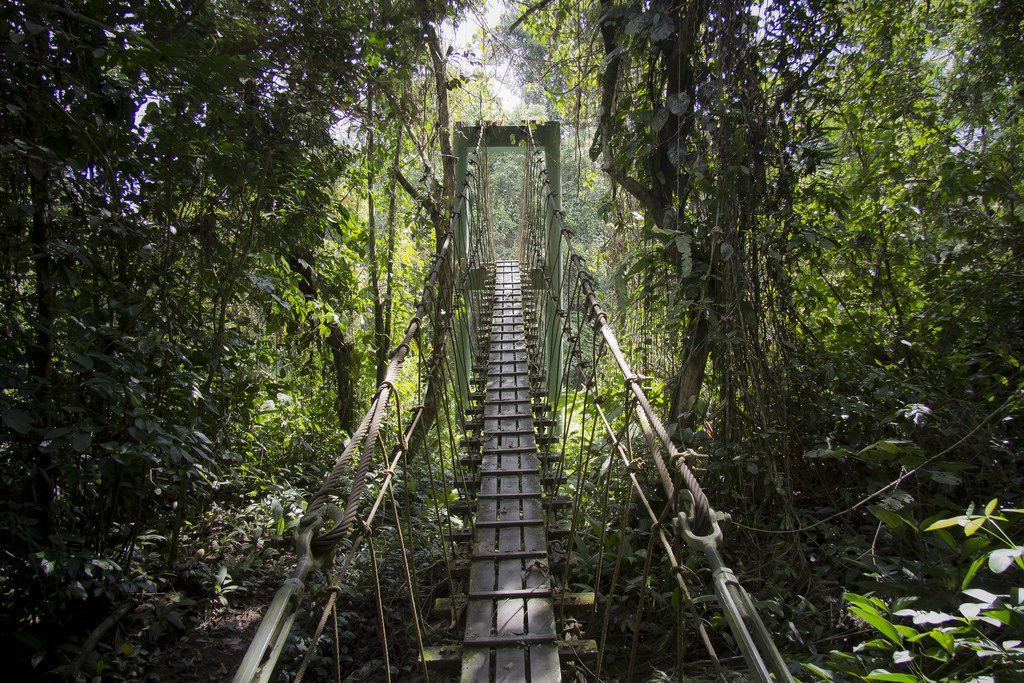 The long suspended bridge lies at a height of 40 meters and covers an area of 550 meters. The bridge is used quit often by locals and travelers. But come rainy season and the bridge becomes wt which makes it very difficult to cross it.

Many people are afraid that if they drive over a bridge, they might end up in water. This bridge makes sure their fear comes true. Though it does the same in a controlled and dry manner. What makes it worse is that stretches over for 23 miles! 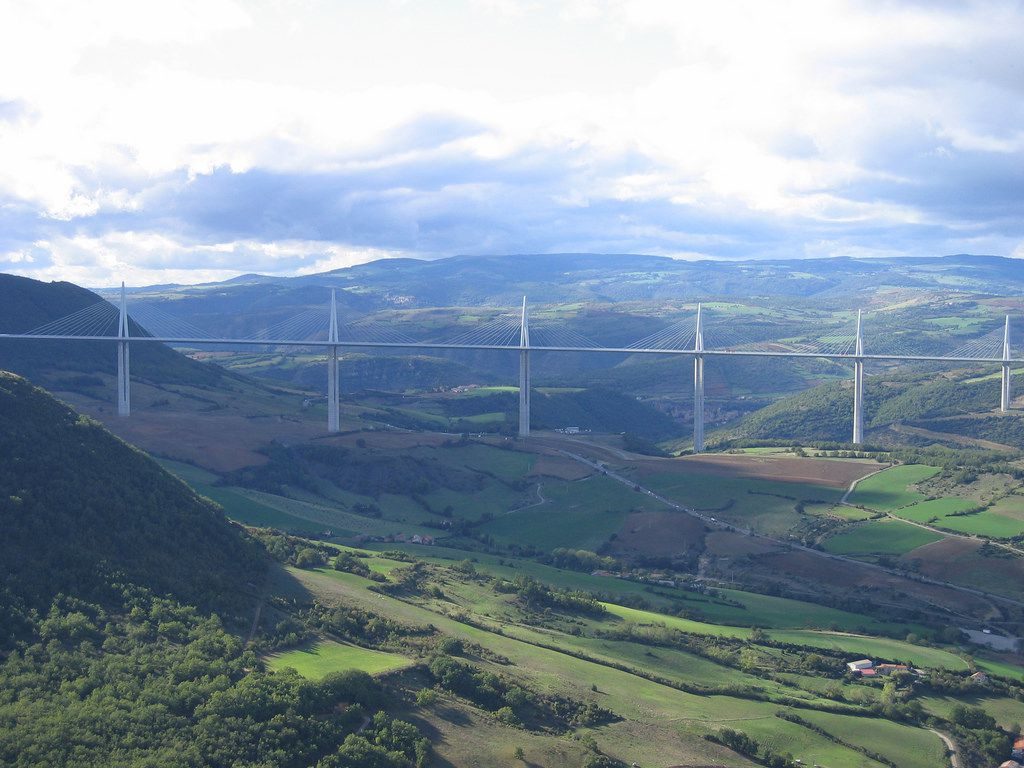 There are bridges that are higher than this and longer than this but not both. This bridges perfectly combines both height and length and ends up giving you nightmares.

The 65 feet long hanging bridge lies about 100 meters above rocks in Ballintoy in Country Antrim. You are suggested not to look down while crossing this bridge.

10 Things You Might Not Expect To See In Africa