We have all read about the World War and the horrors of the war but that’s not the whole picture of the war. There is more than just bloodbath and deaths. The first World War was not just widespread and caused millions of deaths, it also toppled economies and led to collapse of various countries. Here are 10 things you should know about the First World War. 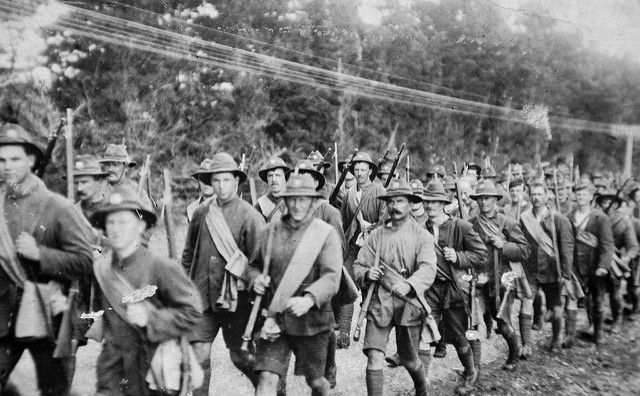 What started as a small conflict between European nations soon turned into a full fledged global war that involved 30 nations from 1914- 1918. Majority of nations joined the Allies and were opposed by Germany, Bulgaria, Austria- Hungary and the Ottoman Empire. After British Empire’s entry into the war, it became a global conflict.

As nations struggled to get enough men and equipment for their armed forces, it turned into a war of production where countries mobilized their natural resources to produce equipment for army including rifles, machine guns, tanks and artillery shells.

#3. Tanks were developed during WWI

The British were the first to develop tanks during the war and it was a top secret work. Even the workers who were assembling the pieces didn’t know what they were. Moreover, they were initially called ‘landships’ but were later changed to ‘tanks’ to confuse the enemy.

This was also the time when motorized ambulances were being used for the first time. Thousands of men and women volunteered to be their drivers. One of them was Walt Disney!

Before the war, most women stayed at home but as men went off to fight, women took over jobs that were earlier not suitable for them. Suddenly, women were everywhere from factories, buses to offices.

Women also worked in ammunition factories where they came in contact with dangerous chemicals. Women who worked with ‘TNT’ were called ‘canaries’ as the chemical turned their complexion pale and often gave them jaundice.

Few of the journalists dared to reveal the realities of the war to the masses and in process risked their lives. But with the government controlling information, they were banned from reporting any war related information. In their opinion, it was helping the enemy and any journalist found doing this could face death penalty.

Blood Banks were developed during WW1 by a US Army Doctor, Captain Oswald Robertson. He came up with the idea of using sodium citrate to prevent the coagulation of blood which would otherwise rendered it unusable. Blood could be kept on ice for up to 28 days and carried to casualty prone areas where it was needed.

The war ended but it left with huge destruction. Over 16 million soldiers and civilians died with numerous other injured and psychological damaged. The Russian and Ottoman empires collapsed. Not only that, it also led to collapse of economies of both sides, the Central powers as well as the Allies.

The weirdest things your body does without you even knowing, while you sleep

The Best Foods for any Diet or Lifestyle