Home
General Knowledge
12 Foods That are Killing You Slowly

When it comes to fast food, Americans are the king of deep fried goodness. It’s no wonder that a large population of our citizens are either overweight or obese. We woof down more sugar, grease, and and saturated fats than almost any other country on the planet.  Is the issue really our fault through, or are we just victims of the times. It is no secret that the worst foods to ingest, also happen to be the cheapest. We can swing by McDonald’s after a long day in the office, and get a whole meal for under four bucks. Not only do we save money, we also save ourselves time by not having to cook and then clean up the residual mess. We scramble through the day, trying to get everything done at work, then we rush home, pick up little Tommy for soccer practice, and later take the other kid to a band rehearsal. With all this pressure to preform, how in God’s name do we find the time to eat healthy?

It isn’t simply the time constraints that cause the majority of people to give in to quick alternatives of traditional cooking. Our bodies have a million years worth of programming that tell us to eat this stuff. Your ancestors didn’t have the opportunity to visit the buffet line whenever they felt the urge. These people faced famine on a regular basis, so their bodies attempted to store as much body fat as possible, while there was plenty. This helped them to survive the long bouts of starvation they may face in the future. Today we don’t generally have to worry about times of starvation, but our bodies have yet to receive that message. We are hard wired as animals to enjoy the taste of foods that are high in fat and sugars. Because of this fact, we find ourselves loosing just as many people to Little Debby as we do to smoking. Lets take a look at 12 foods that people love to eat, but are so, so bad.

Why, Jesus, why!? This is the staple of every college kid on the planet. It’s no wonder the freshman 15 is such a common occurrence for incoming students. Pizza is loaded with bad fats, starch, and other sugars that should be avoided at all costs. 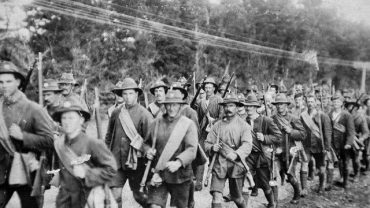