Anxiety is one of the most debilitating, yet unseen, afflictions to ever strike a human being. Want to go to the shop? But what if everyone stares at me? Want to get your hair cut? But that means making a phone call! Oh hell no! So it makes sense for us to want to seek ways in which to get that beast under control.

Ever pulled an all-nighter, fuelled by cup after cup of coffee, or highly caffeinated chemicals in a can? That right there should be all you need to know on this point, but let me make it clearer: caffeine makes you jittery, keeps you moving, and when your body is already on high alert and can hardly cope, that is the last thing you want.

There are those who swear by it, and for good reason. It really does work. Contained in Matricaria recutita, or chamomile, are certain compounds that have a similar effect to drugs like Valium (that famed relaxant); these compounds bind to the same brain receptors, so it makes sense that they do the same thing.

If you’re still not convinced, a study at the University of Pennsylvania showed a significant decrease in anxiety of those who took chamomile supplements over a period of eight weeks (oh yes, it’s available as a supplement as well, in case you don’t like tea).

We’ve all, at one point in our lives, sat up all night worrying over one thing or another, or spent a good portion of a day doing the same. But what you can do is take that one step further: repeat what it is that’s worrying you to yourself, over and over again. Until you’re so bored you’d rather just think about something else, thanks. It’s not too dissimilar from having someone who’s afraid of aeroplanes go for lots of flights, or having an arachnophobe handle a ton of spiders.

Valerian is a herbal supplement, found to reduce anxiety due to its sedative effects. Frequently used as a means of treating insomnia, Valerian has even been approved as a sleep aid by the German government.

Because it doesn’t spell particularly nice, most people prefer to take it in a capsule, rather than as a tea. It is often combined with other sedative herbs, such as chamomile. If you plan on taking it, be sure to do so in the evening, before you go to bed. Not in the morning. 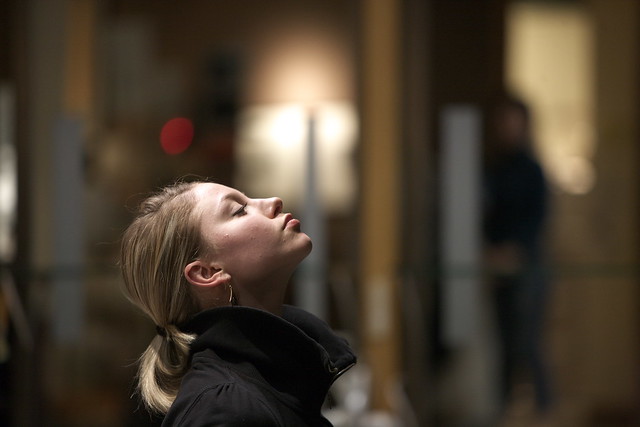 When we’re anxious, everything gets all tensed up, including our breathing. Try to just let that air out, get it flowing, focus on it. By focussing on something small, something that we can control, we gain a foothold on the slippery slopes of Mount Anxiety. Concentrating on your breathing may just help you relax a little, and that is exactly what we want.