We know you are eagerly waiting for the next season of Game of Thrones to start airing. We all are! The suspense of what happens next is killing us all and the crazy fan theories make it even worse. But in the meantime, enjoy these crazy Game of Thrones facts that will keep you entertained.

Tom McCarthy directed a pilot of Before Game of Thrones of BGT in 2009 but it had to scrapped, rewritten and re-shot. The initial plot by McCarthy had a lot of issues such as the Starks not being fully fleshed characters as well people not knowing until the end that Cersei and Jamie were actually brother and sister.

In this original plot, the characters of Catelyn Stark and Daenerys Targaryen were played by different actors namely Jennifer Ehle and Tamzin Merchant. But by the time the show aired on TV, Emilia Clarke and Michelle Fairley had been roped in. In fact, the writer of the book series on which the show is base, George R.R. Martin also made a cameo in the original pilot as a guest in Khl Drogo and Daenerys’s wedding.

After picking up the pilot, director David Beinoff played a prank on Peter Dinklage. He called him up and said that the show had been cancled. It took Dinklage 6 hours to figure out that he had been pranked. 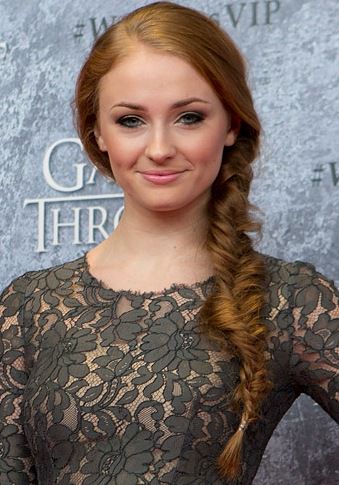 Zunni, the northern Inuit dog that played ‘Lady’- Sansa Stark’s direwolf was actually adopted by her onscreen owner Sophie Turner. Turner said that she had always wanted a dog growing up but her parents would never let her have one. Once Lady was killed off in the series, they wanted to re-home her and that’s when Sophie adopted her.

Many new parents are naming their newborn babies after characters from Game of Thrones. 1544 babies were named Arya in 2014 in the U.S while 368 babies were named Khaleesi. Other popular names included Tyrion and Theon. 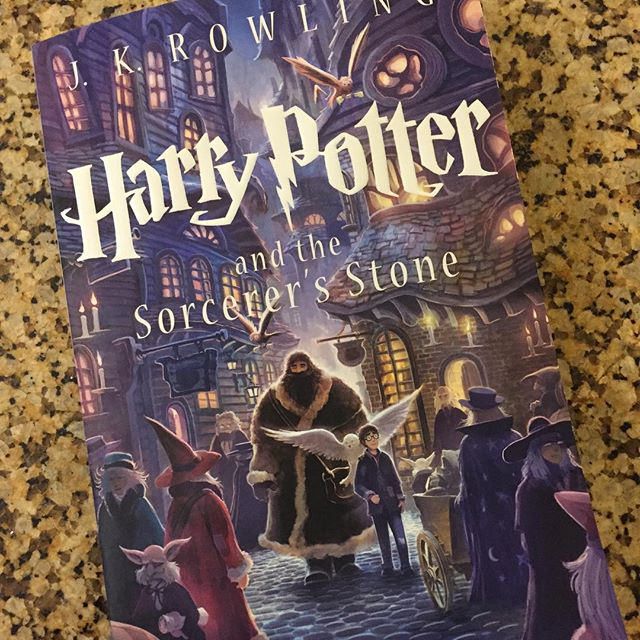 There have been a lot of casting crossovers between Harry Potter series and Game of Thrones. Actors who have played roles in both the series include Raplh Ineson, Ciaran Hinds, Edward Tudor-Pole and Bronson Webb. Other characters include Michelle Fairley aka Catelyn Stark playing Hermoine’s muggle mother and Natalia Tena as Osha (a wildling in GoT) who played a member in the Order of the Phoenix. 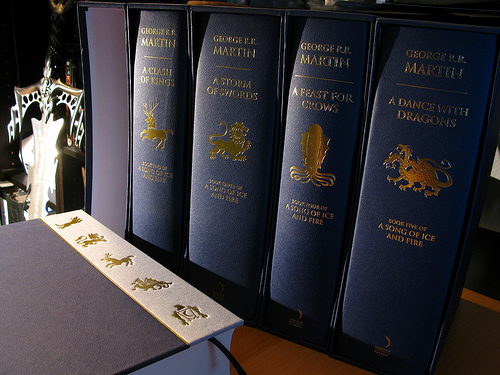 The writer of the book series, George R.R. Martin seems to have taken some sort of insurance policy. Soon after the show started airing on HBO, he sat down with the show-runners D.B. Weiss and David Benioff and disclosed to them- the ending of the book! This was just in case he dies before he finishes his books or angry fans get to him.