Food products can be used in varied ways, and so can be bacon. People might just say bacon has several ill effects, but, the questions is, how was bacon cooked or served? One eats to feel happy, to feel full. To feel full makes one content because to eat is the prime instinct of living race. Bacon is a very popular food product, famous globally. One cannot deny the amount to follower’s bacon has.

Bacon, basically, is pig meat which is further cured and brined. It further can be eaten in a dried form or can be boiled or smoked. Bacon is used in main course cuisines, in snacks or in breakfasts. Hence, it stands evident that bacon has a multiple usage arena. Be it the United States of America, England, Ireland, Japan, Australia or Canada, bacon can followers umpteen. 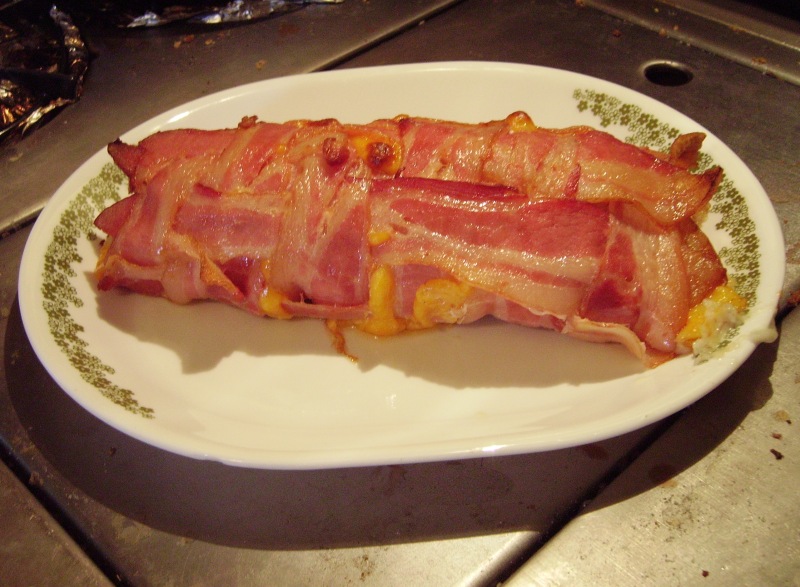 There are many who point on the nutritional value of bacon. But, they forget to point out that bacon has approximately 800mg of salt or sodium. Sodium is a prime component needed to run a human body. A fall in sodium leads a person to a state of delirium. Also, bacon contents 7.72gm of protein and 7.45 gm. of fat divided into mono saturated, saturated and polysaturated conditions. Protein is a prime requisite we all know, but so is fat. Fat produces heat in the body, which keeps the energy level in place. It is not about getting obese, but it is about keeping the essential to keep the body going.

One might ponder on how to use bacon in a way that might not add to the extra pounds. Well, in that case, the solution can be using bacon in shreds that putting chunks of the same. Also, rather than using bacon in a main course, using it as a condiment will serve the purpose of both savouring it and shredding of the woes. One can also barbeque, grill or smoke bacon with a tinge of marination keeping the food value intact and keeping at bay the ill effects.

World today celebrates an International Bacon Day on the Saturday before United States of America’s Labour Day. This day is celebrated by savouring on delicacies made up of bacon. And the celebration includes the masses and not just the section. This proves the acceptability of bacon as a food product as if it would have not a rage, it would definitely not have been celebrated year after year internationally.

Bacon now has customers across the globe. The south Asian nations too are now a follow of bacon. Since food and cuisine is now global, so are the food products. People share recipes, hold international cookery shows where the north learns about the south, the east of the west. Thus, the bacon rage in some other part of world has its effect on a diametrically another part and bacon becomes truly global.

No food product is 100 per cent advantageous. Each has its share of disadvantage. It is on us to bring the advantage on usage.