College is not as educative as it appears

Lots of people all over the world look forward to their college education as the new start to their life and dream of making ripples in the academic scenario all over the country. Every year the colleges in United States of America are filled with young eager minds with able minds and sound bodies who are just searching for the right direction and right guidance from great teachers and professors who can hone their skills and make them talented and professionals. But the actual scenario in today’s colleges is something which can break every parent’s dreams for their children. The reality can shock the students who have always looked up to the college life of their seniors as the road map to success eventually. The reality is so devastating to the nation’s perceived image of American education system that one will lose faith completely in the system of education. 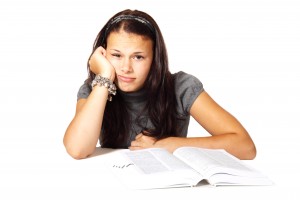 According to a book recently published by Chicago Press authored by a notable professor from the reputed New York University which is called “Academically Adrift: Limited Learning on College Campuses”, almost half of the student population of America comprising majorly of undergraduates show almost negligible learning and retain negligible amount of data that they come across in the very first two academic years of their college life. And the book attributes this complete failure of undergraduate development academically on the failure of institutions in making academics and only academics the top priority for today’s young generation. It has been observed that shamefully all of the faculty members and instructors show greater interest in focusing on their research works for their own development than on creating good coursework which keeps students more interested in college than in developing their budding social lives in the college environment.

The findings and observations mentioned in the book are mostly based on the transcripts as well as surveys of over 3,000 full-time and traditional-age undergraduates from over campuses spread all across the nation and combined with the overall results of the students measured extensively through the means of Collegiate Learning Assessment which is a basic standardized test used to gauge the critical thinking, the analytic reasoning as well as the writing skills of the under graduate students who were a part of the research. It was shown that just in the halfway mark of two years of academic life, students failed to show any remarkable improvement in their learning and this was observed in a shocking 45% of the under grads who were taken into consideration. The result continued to show that even after the total completion of four years also a surprising 36% of students still were below the levels of expected performance which raises a big question mark on how colleges and students nowadays are on parallel tracks altogether. The most worrying part of the book was when it went on to claim that the students of the present generation spent nearly half the time in studying for their college curriculum than their seniors from ten years back.

The benefits of having cats as pets