Eating chocolate cake in breakfast could help to lose weight

For losing weight taking slice of chocolate cakes as recipe appears as an unlikely fantasy. But when a sweet treat is included in the morning breakfast, it could work effectively to bring down the weight of an individual say the researchers today. A team from the Tel Aviv University reported that having pudding as a part of the balanced breakfast of 600 calorie which also includes carbohydrates and proteins could help individuals to lose weight significantly and in the long run practically keep it off. The reason as stated by Daniela Jakubowicz and team for  eating  chocolate cake in the morning is that, it is in the morning that the metabolism of the body remains at its peak of activeness and one could work off the unwanted additional calories throughout the day. Since by trying to stay away from sweets completely could only lead to more psychological addiction for the same in the long run, by taking up dessert items like chocolate cake one could control one’s longing for the same throughout the remaining day. 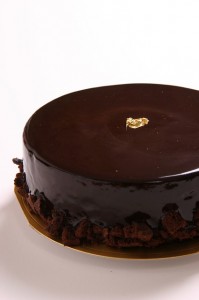 During the thirty two week long study, summarized in journal steroids it was reported that individuals who took desserts like cake, cookies or chocolate in their breakfast succeeded to lose an average of forty lbs extra as compared to the group which avoided taking such foods. They even kept off the weights longer as compared to the group that consumed desserts. Taking a meal for breakfast supplies energy to carry on the task during the day, helps in the proper functioning of the brain and commences the metabolism of the body, thus making it important to take up maintenance and weight loss. Professor Jabukowicz also states that the breakfast  is the meal which regulates ghrelin, hormone responsible for increasing hunger. Although the ghrelin level soars before each meal, it remains effectively most suppressed during the time of breakfast. Using this fact as the basis for their study, the researchers aimed to find if the composition and meal time had some influence on the weight loss in long and short term or not or it was only matter of the calorie count.  193 non diabetic obese adults were randomly categorized to any of the two groups. The men consumed 1600 calories each day while women consumed 1400 calories each day.  While the first group took low carbohydrate diet consisting 300 calorie breakfast, the second took a 600 calorie breakfast rich in carbohydrates and proteins and including a dessert as well.

During the first half of the study, members of both groups lost average 33 lbs each but in the second half members of low carbohydrate group regained average of 22lbs each while the members of other group lost 15 lbs each. It was seen at end of 32 weeks, individuals who consumed 600 calorie breakfast lost about 40 lbs more than the other group on an average. The other group also showed greater craving for desserts as they were not allowed desserts. Thus consuming desserts satisfies individuals both in taste and weight.

- Advertisement -
Facebook
Twitter
Pinterest
WhatsApp
Previous articleEldest children in families tend to develop higher IQs
Next articleDo you get irritated by listening to people eat or breathe? You could be suffering from a disease

5 ways to Say No Politely