Here are some amazing fun facts that could brighten up your monotonous day with excitement and some mirthful entertainment.

#2. Giant Panda gives birth to a Baby Panda that weighs only about 4 ounces.

#3. Blue colored eyes are a result of genetic mutation. All humans had only brown eyes before the occurrence of the mutation.

#4. Canada alone houses more lakes than that of the rest of the whole world combined.

#5. It is quite possible to train and instruct your cat for using the toilet as litter box and then even flush it afterwards.

#7. Children tend to grow much faster during the spring times than any other season of the year.

#8. Some of the Chinese made fashionable hair bands were crafted from recycled condoms.

#9. Chinese soldiers usually learn their perfect postures by inserting pins in to their collars.

#11. When astronauts are in space, they get taller by a few inches.

#13. Baby octopuses resemble the sizes of fleas during their birth.

#14. It’s not possible for cats to move their jaws sideways.

#16. There are more people in China as compared to the US than can speak fluent English.

#17. A Chinese designer, Daizi Zheng, used Coca Cola to power a cell phone. She designed one battery that could use the enzymes for generating electricity.

#18. When you mouth ‘colorful’ to someone, he/she might mistake it for “I love you”.

#19. Curvy lips are an indication of smart women that will deliver intelligent babies.

#22. Sociologists have predicted that the better the economy of a country, the shorter the women’s skirts are.

#23. No matter how hard you can pinch a person’s elbow, it doesn’t really hurt.

#24. There are four fingers in each hand of Mickey Mouse.

#26. The only fish capable of blinking with both eyes is the shark.

#27. The eye of an ostrich is bigger than its brain. 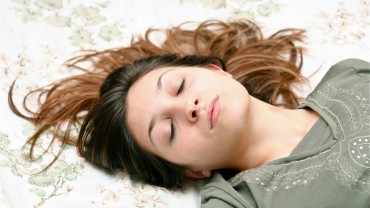