Who doesn’t eat instant noodles? They are tasty and incredibly easy to make. Each time you feel hunger hitting your stomach, but are not in the mood to cook something elaborate, a bag of instant noodles is very handy. Since they are appreciated around the world, it is futile to say that these noodles have an incredibly broad market. The entire noodle business costs fortunes. Still, is this food right for us? Health studies related to what happens in our stomach after consuming these noodles started to appear, triggers by the massive popularity this instant type of food gained in time. So here is another study, made with the help of a camera that is not larger than a pill, inside the stomach right after eating a serving of instant noodles. 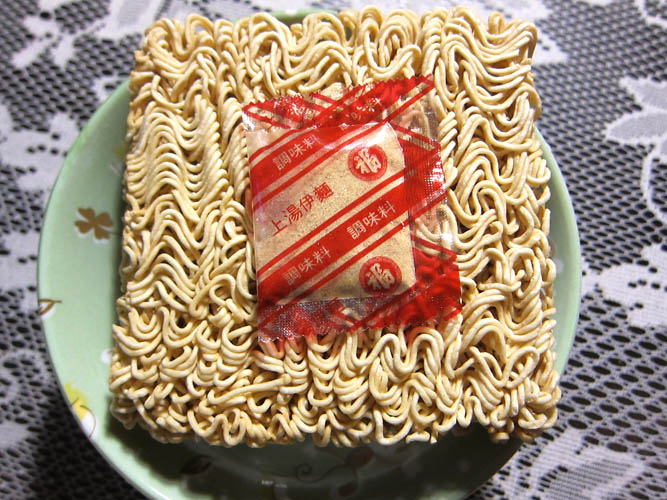 A doctor at the Massachusetts General Hospital, more precisely Dr. Braden Kuo, decided to start this interesting experiment. Using a very popular brand of noodles everybody consumes in the area, he wanted to see what happens inside the digestive tract. So he started the process with the previously mentioned camera, getting no less than 32 hours of filmed scenes inside the stomach.

Right after the ingestion and the following 2 hours, the instant noodles suffered no alteration by the digestive juices. That is in comparison with the homemade noodles, which were almost digested during this period. It means that our digestive system need to put a lot of effort into digesting this food. Lingering so much in the digestive track, it also prevents the body to take in any nutrients. Although, these noodles don’t have any, except large quantities of preservatives, which are highly toxic.

Instant noodles contain a synthetic preservative called Tertiary-Butyl Hydroquinone (TBHQ), which, amazingly, is a byproduct derived from petroleum. It has antioxidant properties, but they are not natural. This is a chemical substance with a developed antioxidant action. This is why it is used as a preservative in foods, as its action keeps them longer on the shelves, by not allowing fats and oils to decompose. To be safe for use TBHQ must not exceed 0.02% of a product’s oil and fat composition.

#4      Other chemicals found in instant noodles

Another dangerous component of instant noodles is Tertiary-Butyl Hydroquinone (TBHQ). You will be surprised to know what only a tiny amount of this substance, about 1 gram, can provoke nausea, ringing in the ears, vomiting, delirium sensations, even a feeling of suffocation. It also has an adverse effect on the liver and reproduction system. And excitotoxin is also present in instant noodles, called Monosodium Glutamate (MSG), which damages nerve cells throughout the body. It can cause so much harm that these nerves will start dying. That means a more increased risk of developing Parkinson, Alzheimer, and other degenerative diseases. It would also be interesting to know that MSG bears the name of obesity drug, as it is used in laboratory experiments to increase the weight of mice.

It is all about being moderate. Like anything else in this world, consuming noodles once in a while will not bring too much harm. The worse effects come when this habit turns into a daily one or even addictive. All the toxic components of highly processed foods, just like noodles, will gather up in your organism, having detrimental effects on the body. Try to avoid them as much as possible, and head your attention more towards natural foods, fresh vegetables, and fruits, as they have a high nutritional value, containing high amounts of vitamins and fibers.

The top 10 unhealthiest foods available out there, marketed as healthy foods