Nowadays the scientists are following their coveted research work and dedicating their single minded attention to issues pertaining to embryonic stem cells and are working on differentiating the blank-slate cells right from the embryos in to the brain cells, also about light-sensing characteristics of retinal cells, on blood cells, and also on issues regarding replacement of destroyed or totally damaged tissues of the body in a proper manner. Recently there has been news about a study conducted on lab mice which shows how much the scientists have progressed. They news says that the fetus of pregnant mouse was able to save the pregnant mother mice from a massive heart attack using the transfer of stem cells in order to help the mother’s body to re-grow the damaged tissues inside the heart. This news has changed the mood in the scientific community from accumulated frustration to renewed hope of implementing similar results inside human subjects. 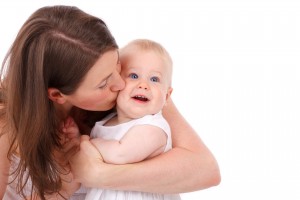 Doctors and attending scientists have taken notes from numerous cases emerging in their daily practices as well as in clinical observation groups that certain group of women who have known weakness in their heart at any time during their pregnancy or some time after the delivery of babies show more heightened recovery than with the ones who have heart problems but are not pregnant. Hence the role of this study becomes doubly important since it can lead to further investigation as to how effectively can this system work in humans or if it is already existing in the human bodies. The fetal stem cells could actually be directed to help the mothers with serious heart issues to recover drastically when they carry their babies to term through stem cell transfer therapy.

Apart from the mice experiment another thing also contributed to the renewed belief of doctors in this method of treatment. Two ladies had certain heart problems and under observation, tissues were extracted from their hearts to search for possible problems in cells.

Astonishingly some of the cells matched the exact fetal stem cells of the two baby boy’s that those women had delivered many years ago. Scientists are now excited to explore this concept further and stretch it to check its efficiency in handling failure of other organs too during the term of pregnancy. Nowadays scientists are trying to collect as much evidence as possible from patients who suffer from organ failure issues exclusively during their pregnancy and the organs now under scrutiny range from heart to the lungs and also kidneys and other vital body organs. The results have shown the presence of the fetal stem cells in all such organs which were under observation further strengthening the argument and giving stem cell researchers a new ray of hope. Stem cells when isolated from their placenta could potentially be developed into a cure for treating major heart disorders in future. Hence these still unborn fetuses can be the life savers of not only their own mothers but hundreds of other patients all over the world as well if the cure is developed in near future.