Bruce Lee is a name everybody knows, and it will live in our memory for years to come. But since everybody knows him as an actor, the truth was that he was indeed a unique person. This training, physical resistance, self-control, these weren’t just fake stunts. He was indeed a genuine Kung Fu trainee and had reached an incredible level in this art. And even though he died at the young age of 32, he managed to become a true legend. Here are some facts that will reinforce the idea that Bruce Lee was indeed a personality. 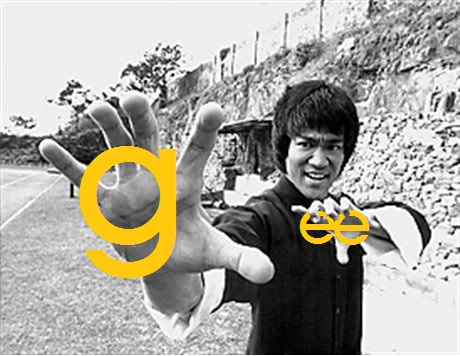 He was so fast that he had the ability to take from someone’s palm a dime and replace it with a penny, even before that person had the chance to react and close his hand. That is so fast we can’t even imagine it, but Bruce made it possible.

The “Dragon Flag” position is a very difficult one, as you have to sustain the weight of your body on your blade bones. But besides being able to perform it, Bruce could also hold this position straight for about 30 minutes. I can already feel my back sore.

Believe it or not, but Bruce was too fast for the 24 frames per second cameras at that time. The film directors that had Bruce in their cast needed to shoot his scenes in 32 frames per second method so that his movements will appear more natural.

Some studies were made regarding the reaction and punching speed of Bruce, leading to the incredible result of five-hundredths of a second. He could hit you so fast that you wouldn’t even know what happened to you and where it came from.

#5         Not only speed characterized Bruce, but strength also 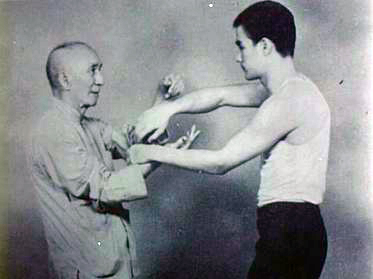 Bruce was not only speedy but also very strong as well. If you can believe it, he hit a man so hard once, that in his fall, he managed to break the hand of the man behind him. Now that’s how one person causes multiple casualties.

Strong men are able indeed to make pushups on one hand, but how about in one hand and only using two fingers, the index, and thumb. It may be extremely difficult to do that, but Bruce Lee managed to do this performance. Something very hard to exceed.

As you may have noticed in his movies, Bruce Lee was not a bulky man. On the contrary, he was rather thin, weight around 130 and 165 lbs. Still, he managed to do no less than 50 one-arm chin ups, and could even perform pushups with additional weights on his back, of about 125 lbs. And some of us can barely do a simple pushup.

Due to a weight training, in 1970, Bruce suffered an unfortunate accident and damaged his fourth sacral nerve. Doctors immediately ordered bed rest and gave him the grim verdict of existing a significant possibility of not performing Kung Fu again in his life. Still, by 1971 Bruce defeated the odds, and he was up and running, performing in his movies once again.

One of Bruce’s fights did not last more than 11 seconds. In this time, he managed to perform 15 punches and one kick that knocked his opponent off his feet. I bet that he never even realized what happened to him until he woke up. The poor guy never had a chance.

Facebook
Twitter
Pinterest
WhatsApp
Previous articleCan the color of your urine say something about your health?
Next articleThe top 10 unhealthiest foods available out there, marketed as healthy foods

Believe it or not, but your tongue may have to say something about your health