For many, school can be a scary place.

You have to deal with keeping your grades up, having to do hours upon hours of homework, as well as maintaining a social life on top of your homework. Sometimes you even get in a little trouble here and there and have to deal with detention or Saturday school, and then of course you have the dreaded parent-teacher conferences that affect your home life as well. However, the average modern school, even with all of its flaws, is a million times better than the infamous Élan School.

Élan School opened in 1970, and was founded by two psychiatrists named Joseph Ricci and Gerald Davidson.

They planned for Élan to be a school that could help troubled teenagers and children with their intense emotional and behavioral problems by focusing on therapeutic sessions and a “therapeutic community” style that was popular at the time. What eventually happened with the school, though, is beyond tragic. 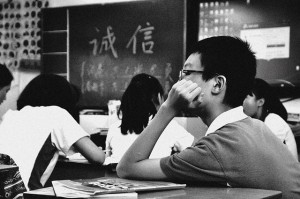 Only 5 years after Élan School opened, Illinois state officials were forced to pull out eleven children attending Élan, following reports that they were being mistreated.

These reports were despicable, and included charges of Élan School officials and teachers holding boxing matches and pitting students against each other. This information came to light during a trial for an ex-student of Élan; witnesses testified to the fact that these boxing matches were created by having other students gather around the two fighting students as well as testifying that public humiliation was a practice the Élan School officials used on them. The humiliation practice was a fact that Élan did not even try to hide and in fact advertised it in their promotional materials handed out to prospective parents.

The school tried to save face by saying that the public humiliation technique was followed by warm embraces and other positive actions.

However, the students that went there certainly didn’t feel that way. Despite these occurrences being known, various educational consultants still referred children and teens to this school, stating that the only students they referred to Élan were students that had failed to respond to any other form of therapy or intervention. They also openly acknowledged that Élan “certainly not for the faint-hearted.” 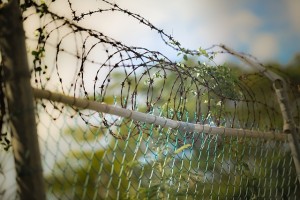 There were “shouting sessions” and rowdy students would sometimes be placed in a corner for hours upon end, similar to time-out sessions but much harsher; one Élan graduate recounted that they once saw a student placed in a corner for so long that they became malnourished. There were even accounts of students “smiling without permission,” which led to them being forced to clean toilets with a toothbrush.

The school closed in 2011 based on continued controversy.

The owner tried to blame their closure on what they called “rumors” that had spread around the internet, which is where Élan first gathered notoriety. Former attendees of Élan are seeking retribution for the mistreatment they faced, and a book is currently out that details even more of the school’s practices. Here’s hoping that they get the justice they deserve soon.