Diabetes frightens me. Not just because it’s a disease that has fatality rates higher than cancer but also because I have a sweet tooth, and cannot live without sweets. Well, before this, little did I know that diabetes doesn’t always mean that you have to abandon the sweet-ship altogether. Good care is everything. See, the perfect example of myth that follows diabetes was right there. There are many more such myths and facts about diabetes that people believe and completely ignore, respectively.

Before telling you the myths and facts, let me just enlighten you about the types of diabetes. There are two. Type 1 diabetes is the one where your body stops producing insulin. Type 2 diabetes, the most common one, is the one where your body does produce insulin, however big or small the quantity is, but is unable to use it properly.
Now let’s get to the facts, shall we? 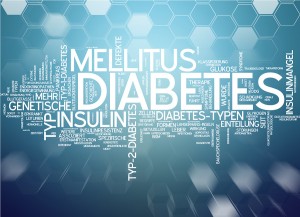 Before all the hi-tech chemicals and laboratory were invented with great machines to use them and in them, respectively, diabetes was diagnosed with the taste of a person’s pee. If the person’s pee tasted sweet then he had diabetes. Ew! I know! It’s disgusting, but what other choice did they have. Thank your stars that you were born in this beautiful, gorgeous, not-tasting-pee era. 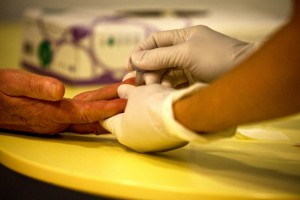 Then having diabetes would have been a good thing. If you are type 1 diabetic then you will stop producing insulin which means that you will have a high blood sugar level, obviously. This will result in increasing the temperature at which your blood will freeze. So good news, you will not freeze to death in the ice-age, that is, if you had type-1 diabetes.

Diabetes can and will eat up all your money if it wants to. It is the costliest disease there could be. An average Indian (that is, with an average income and living standards) who is diabetic spends 25% or more of their average income in his/her treatment.

#4. India is the Leading Country in Diabetic Population

If we believe the sources, and believe me the sources are very reliable- like WHO (World Health Organization)- then we should know that b 2030 Diabetes will be in the top 10 among the diseases that could kill.

Diabetes is also the leading cause of kidney failure.

#6.   Myth: Eating a lot of Sweets is a Pathway to Diabetes

This is not entirely true. I mean, yes, sweets can cause diabetes but only if you eat hoards of it daily and don’t exercise. If you do that then you’ll gain weight, which will put you on a higher rank on the scale of getting a type 2 diabetes.

Who doesn’t want to look a little bit younger? Age does not only come with health complications - it comes with ‘looks complications’ as...
Read more
Fun Facts