professional fart smeller is an actual job in China and you can make up to $50,000 a year.

A study conducted by the Michigan University claims that non detrimental gossip with one’s girlfriend has the power to improve greatly the mood of a woman. The reason of this is that by getting the feeling of being emotionally close to any friend increases the level of the progesterone, thereby boosting well being and reducing the sensations of anxiety and stress. Progesterone- the sex hormone which fluctuates in accordance with menstrual cycle happens to be present in quite low level in men and post menopausal women. Whereas the earlier studies indicated increased desire for bonding with others due to high progesterone levels, the one conducted by Michigan University is the first study which shows that bonding serve to increase the progesterone levels. It also links the increases to greater forwardness for helping people at their expense.

Unlike the oxytocin hormone which is also linked to maternal responsiveness, trust and pair bonding in mammals including humans, the progesterone is quite easy to be measured. While for measuring the levels of oxytocin, an individual has to go through the complicated and expensive methods of brain imaging like the scans of positron emission or invasive spinal tap, for measuring the progesterone level one needs to take up only simple saliva samples for test and then relate to the oxytocin level.

Stephanie Brown, the lead author of the report which revealed the findings of the study stated that it was essential to locate the links between human social behavior and biological mechanisms as they helped to apprehend why the people engaged in close relationships were healthier, happier and lived longer as compared to those who were socially isolated. For the current research, Brown and colleagues studied the connection between salivary progesterone and interpersonal closeness of one hundred and sixty female students studying in college. During the initial phase of the study, researchers kept record of the progesterone levels along with the cortisol (stress hormone) in women’s saliva. They also collected information regarding the women’s menstrual cycles and if they used hormonal contraceptives or any hormonally active medications.

For controlling daily variations of the hormone levels they held sessions between noon to 7 p.m. During this time women were assigned to partners randomly for performing tasks fabricated to express emotional closeness or some task which was emotionally neutral. In the latter task they proofread botany manuscript together for 20 minutes after which they played computerized cooperative game of cards with their partners. Following this routine they had their cortisol and progesterone sampled again. Women involved in emotionally neutral tasks showed declined progesterone level while those involved in the other showed same or increased progesterone levels. But the cortisol level did not vary in same manner.

The progesterone and cortisol levels were again checked when the women returned after a week and played the card game again with the original partners assigned to them. Researchers also studied link between the progesterone level and the likeness of patients for risking their own life for the partners. Brown reported that while no evidence was traced in the first week, the second week’ s report revealed increased progesterone envisaged increased willingness for risking one’s life for one’s partner.
Brown mentioned that the finding were consistent with the altruism evolutionary theory which argued that hormonal basis of the social bond enabled people to repress one’s self interest when essential for promoting well  being of others. 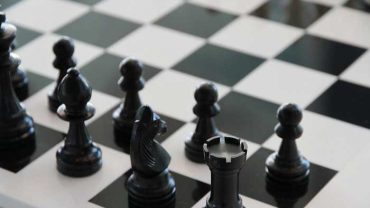