The fabled city of Atlantis has intrigued centuries and even today people continue to look for this island that once existed as a symbol of modern civilization, an utopia that could change the world. There have been many theories about it and many people claim to have found it. So how much do you know about it? Check out these 10 surprising facts about the lost city of Atlantis to know more. 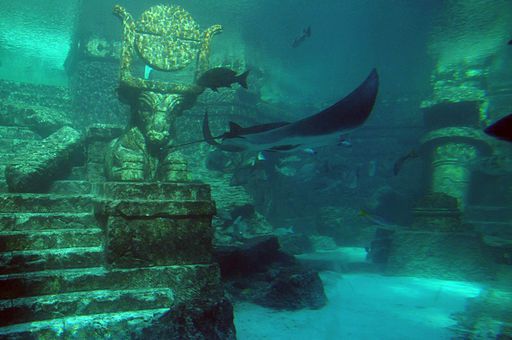 The story of Atlantis was first told by Plato, the Greek philosopher in two of his stories. They were written around 355 B.C and titled Timaeus and Critias. He describes it as being larger than Asia minor and Libya combined. It wasn’t just a city but an entire continent.

#2. The Atlantis of Plato

According to Plato, Atlantis was located just behind the pillars of Hercules in the Atlantic. It was governed by a constitution similar to the one in “Republic.” Poseidon protected this island and made his son Atlas its king. However, they soon grew too powerful and conquered Egypt, Europe and Africa.

Plato described Atlantis in great detail and called it a masterpiece of splendid architecture. The island consisted of temples, palaces, harbors and docks in the area.  The island was also connected with land via big tunnels that were so huge that ships could easily move through them.

There is another theory that suggests that Atlantis was just a myth, created by Plato to warn against greed. Moreover, plate tectonics reveal that the island cannot exist since the continents have drifted as the seafloor spread over time and not contracted. Therefore, Atlantis wouldn’t have a place to sink into. 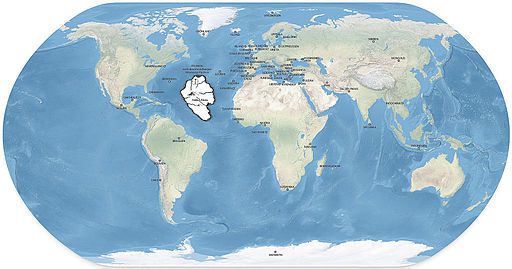 The most probable locations suggested for the existence of Atlantis include Pacific Ocean, Indian Ocean, Atlantic Ocean and Arctic Ocean. Other locations include Mediterranean Sea and mainland Europe. Some people claimed to have figured the location of ‘lost city’ using Google Earth and spotted the remains of Atlantis off the west coast of Africa.

Old Hebrew writings suggest to another possible location of the Atlantis. They speculate that Atlantis was located at the point of zero longitude. 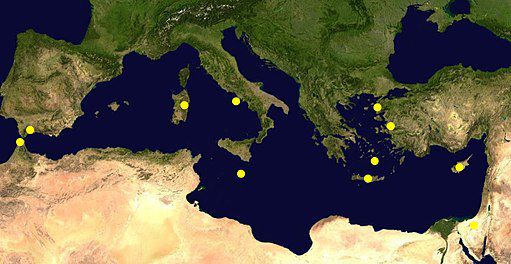 History has given us evidence from time to time to locate this mythical city. These include an undersea rock formation in Bahamas, a swampy prehistoric city in Spain and the Greek island of Sntorini. This submerged caldera was formed by an enormous volcanic eruption in second millennium B.C.

Atlantis has always been shrouded in mystery, so much that its own existence is a question in itself. However, historians in the past have researched and written about such societies. These include Francis Bacon’s “The New Atlantis” that talks about a scientifically and politically progressive society. Ignatious L. Donnelly also published “Atlantis” The Antediluvian World” which covered various works trying to locate and learn from Atlantis. 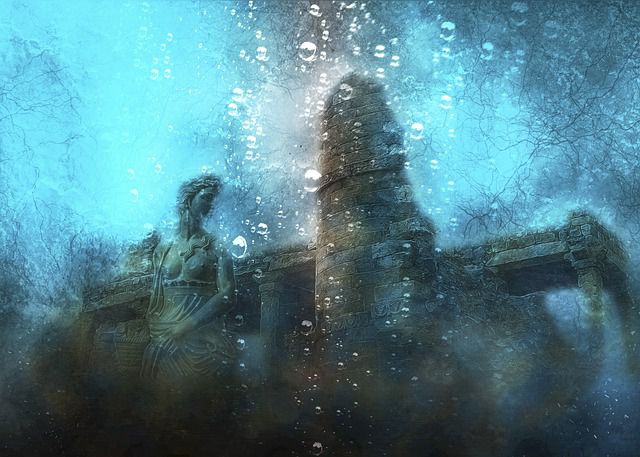 It is said that the island was lost due to earthquakes and flood and sunk into the muddy sea.

Atlantis has become a favourite of popular culture around the globe. This lost city has been a part of various films, TV programs, comics, songs as well a LEGO building block series.