If you are like me, then you would rather leave the outdoors where it is and avoid insects altogether. However, for some, insects are amazing and the scarier they look the better. If you are one of these people, the following images are sure to excite you, but for those who would not touch these creatures with a ten foot pole, rest assured that you can enjoy them from afar. 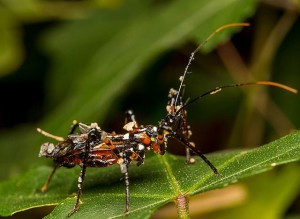 Not only is this insect creepy to look at, it has a unique way of scaring away predators. These bugs prove their fierceness by carrying bug corpses attached to their bodies. Predators and humans should think twice about messing with this venomous bug. 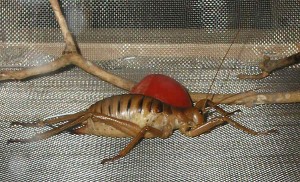 These giant bugs measure in at a whopping 8 inches and some have even been said to be as large as a cat. For those who despise bugs, this one takes the cake and is truly a monstrous creation.

These may look like normal bees, but in reality they are as large as your thumb. Plus, to top it off, they have the ability to shoot acid in your face, leave a pheromone behind that attracts more of these giants and their stinging power can cause death.

The sheer size of this bug is enough to scare most anyone away from it. It is known as the world’s largest beetle and some have even mistaken it for a giant cockroach. Also, to make matters worse, they can take flight quite easily as well.

Probably the worst thing about these strange looking insects is the fact that there is also a giant version available. Their fully-matured, flying versions also look just as scary, in case you were wondering. 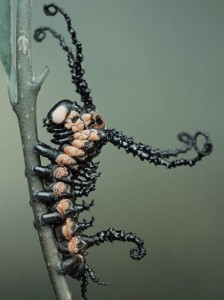 There is very little known about this particular insect, but another name for it is the Venom caterpillar. Regardless of the information that is available, it is best to stay away from this one. As if a normal spider wasn’t bad enough, Mother Nature had to throw in a few of these giant ones just for fun. They belong to the tarantula family and second only in size to the giant huntsman spider.

10 Things not to say in an Interview