Monuments and statues adorn our cities and sometimes act as reminders of past or increase the aesthetics of the place. But, not always! Many of them are weird and strange but do gather a lot of attention. Here are 7 of the strangest monuments and statues around the world. 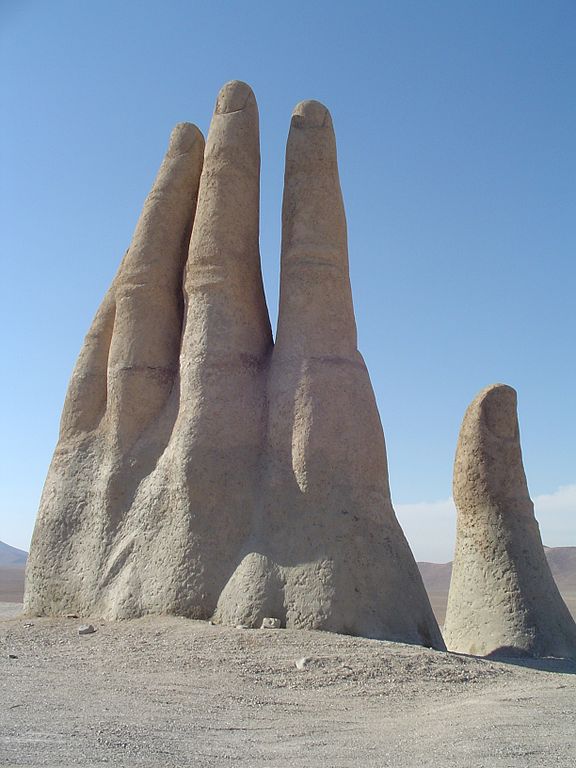 A giant hand stretching upwards in the Pan-American Highway! Mano de Desierto or Hand of the Desert is a 36 foot tall hand statue that protrudes from sand. It was built in the Chilean sculptor Mario Irarrazabal in the 80s.

You must have heard of stonehenge in England but very few would have heard of Carhenge in the USA. It is a replica of the same except the artists used old cars, a pick up truck and an ambulance. The symbolism is also similar to the English counterpart.

The Ferryman of Victoria’s Way has always captured the fascination of people. He is known to ferry souls across the other world in a boat that crosses from life to death. Now many such statues now adorn Victoria’s Way Park in County Wicklow. There is a half sunken/rising statue of him from the river. Many people believe he is just rising to ferry more souls across. There is also a statute of starving Buddha that captures attention. 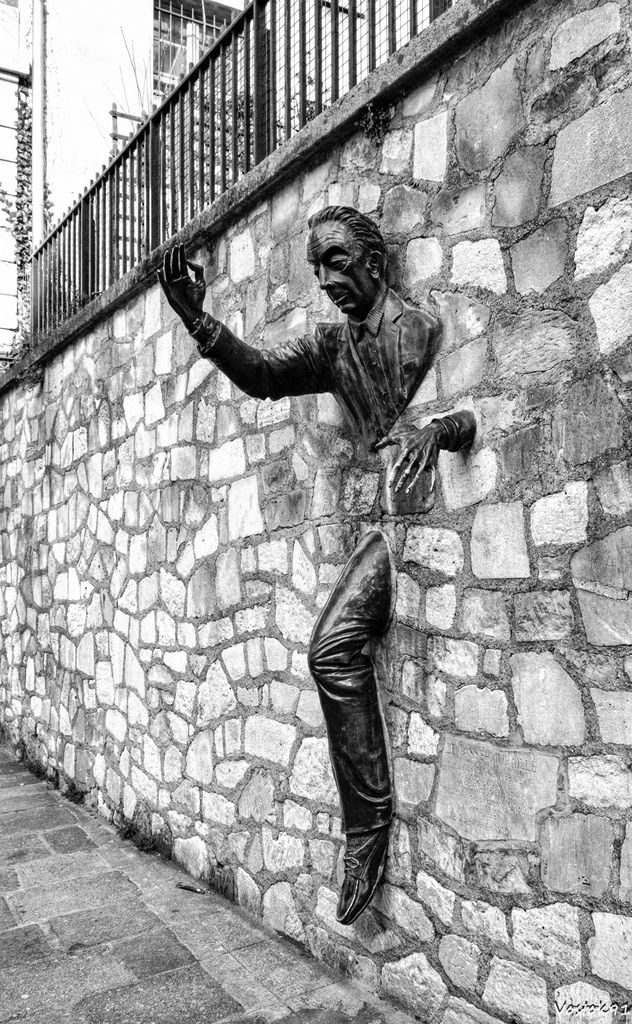 Imagine you are walking across a quiet street in Paris and you suddenly see a man emerging from a wall. Upon closer look, it’s just a bronze statue. The statue has been inspired from an old story of a man who walked through walls (Le Passe- Muraille). the man then abuses his power to rob banks and then gets stuck inside a wall. 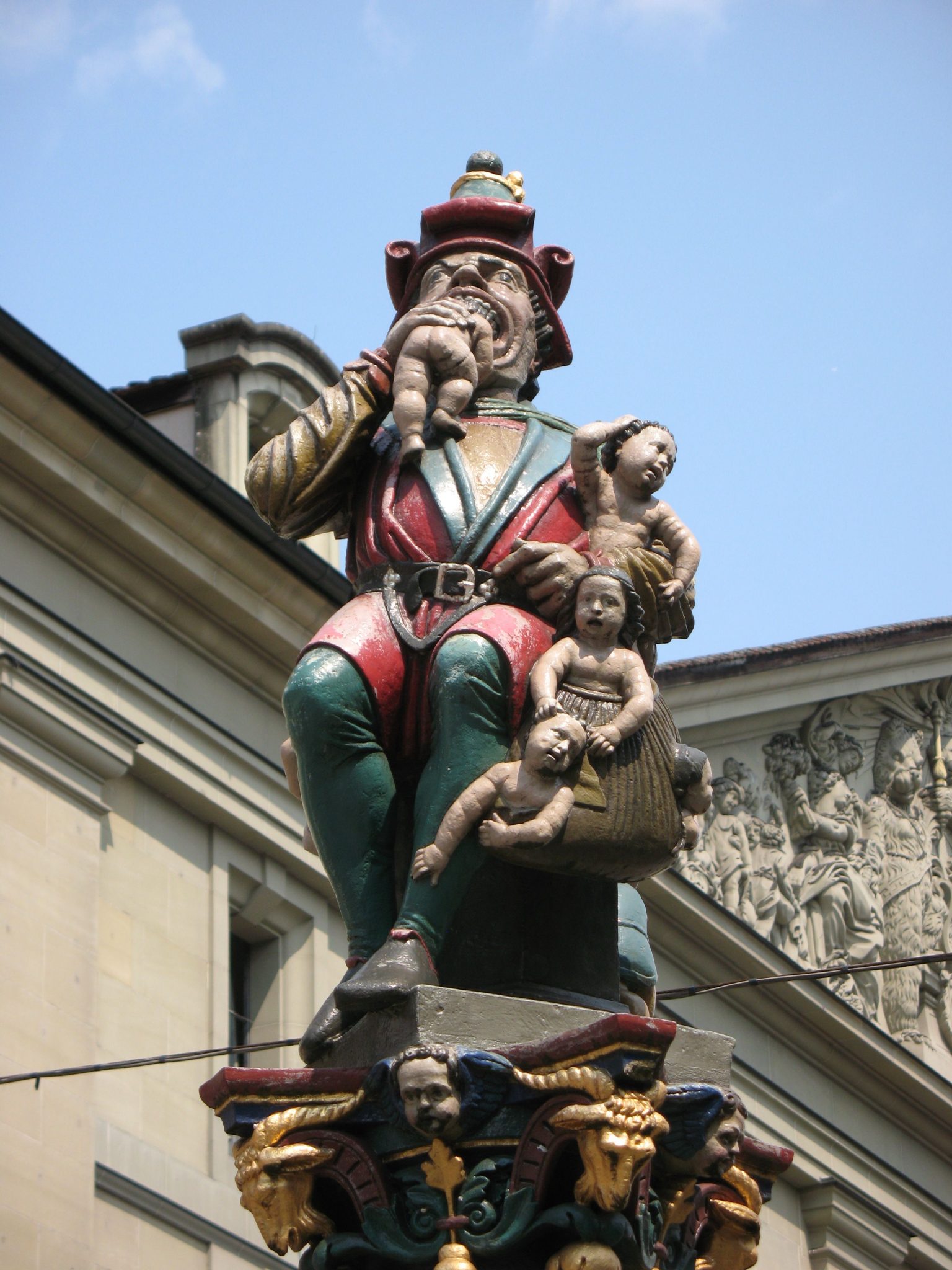 There are plenty of legends surrounding this weird statue but nobody is quite certain what it means. The giant Kindlifresser is dressed in red and green and shown munching on a baby’s head while other children in his backpack just await their turn. Some people believe it is Kronos from Greek mythology who ate his children to avoid being dethroned by them. Others believe that the state served as a warning to Jews as his yellow hat resembles the star Jews were forced to wear. 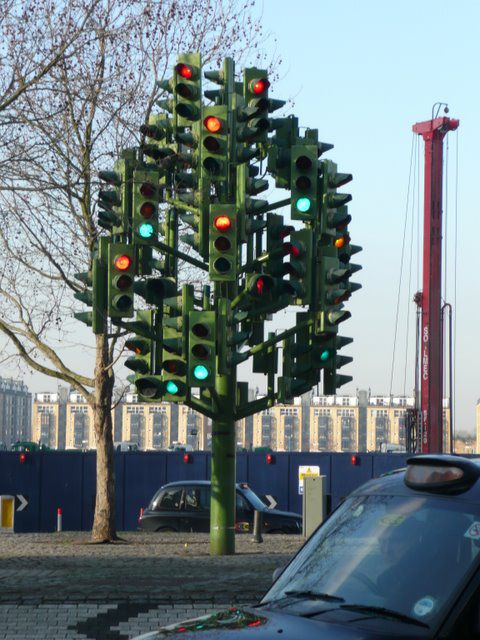 Located on the Heron Quays Roundabout in London, the Traffic Lights Tree certainly catches attention but don’t rely on it to tell you when to stop or go. It was erected as a tribute to never ending rhythm of the city that just keeps going on. The lights flash in a random sequence and if you aren’t careful, you might end up going crazy. 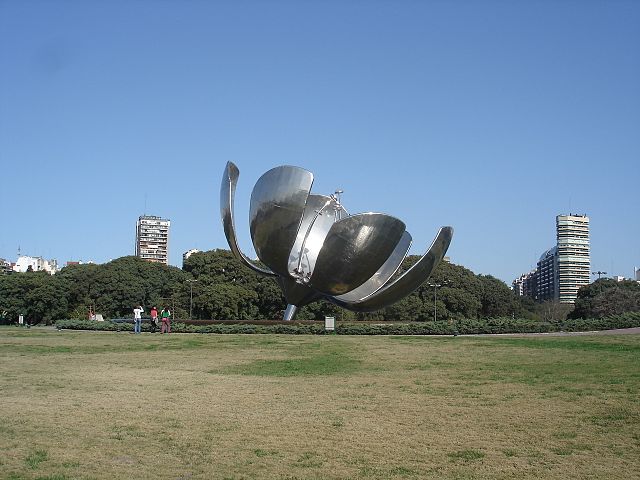 The huge flower opens every morning to a 105 feet wide distance and closes at sunset. After closing, it is about 175 meters tall. The enormous statue has four petals which open and close just like an actual flower. It is made of reflective aluminum that reflect the city it is surrounded in.