With millions of babies taking birth at a single time, Barbara Soper is a person who has given birth to three babies at very unusual dates. These dates are 8th august 2008, 9th September 2009 and the third baby was born on the date 10th October 2010. This case has proved to be one of the most unique cases and usually people find such cases very rarely. In fact among a population of fifty million or more, only one such couple will be there that will be having such case and Barbara Soper has proved herself to be the one. When the first baby was born on 8th of august in the year 2008, the couple did not have any idea that they have begun their journey of being famous. 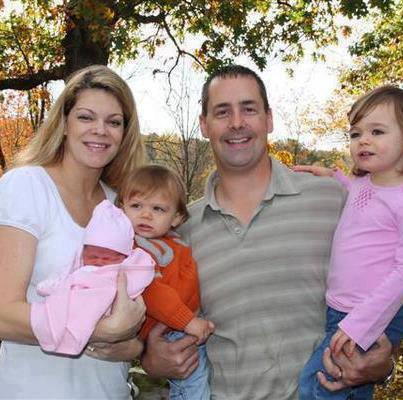 Barbara lives with her husband Chad Soper and they live in Michigan. They are having a wonderful life with their three children and try to spend most of their time with their children. It has proved to be a boon for the family to get their babies born in such dates and has made their family a lot happier and cheerful. The children of the Soper family have made the impossible possible by making such a thing happen in the family. With the birth of their first child Chloe Soper, the couple had no idea that they will be counted in the odds of a fifty million people. With the birth of their second baby, Cameron, the Soper family came to notice about the dates of the child births and found somewhat unique and odd. After the birth of their third child, Cearra, the pattern became complete and everything now became crystal clear because the third child was expected to face the earth about a month later but due to some unusual circumstances the baby had to take birth one month before and that too on October 10th 2010 which was something amazing.

Though a lot of people might think that this might be the grace of god or a mere coincidence but the various statisticians do not think this as such. This startling case was told not to be any kind of extraordinary thing rather they concluded by stating the facts that such case generally appears at the beginning of any century and that too within twelve years of it. The odds in such cases appear in one to 2500 births which may or may not be there also and the statisticians also stated that such a thing has nothing to do with any kind of astronomical theories or probabilities

The Soper family has made their decision that they will not have a fourth child that removed the possibility of having their fourth baby born on 11th of November 2011. Today the Soper family is very much happy with their family and is now taking care of their lucky children very nicely without making any kind of hesitation in their upbringing so that they can have a bright future.