Sea otters are marine animals. They are the largest members of the weasel family. These creatures are often found on the Northern Pacific ocean coasts. There are many interesting facts about the sea otters. However the most interesting is that these creatures display hand holding behaviour while they sleep. Their hand holding habit is not only displayed while they sleep but also is very much noticed when they eat or rest. 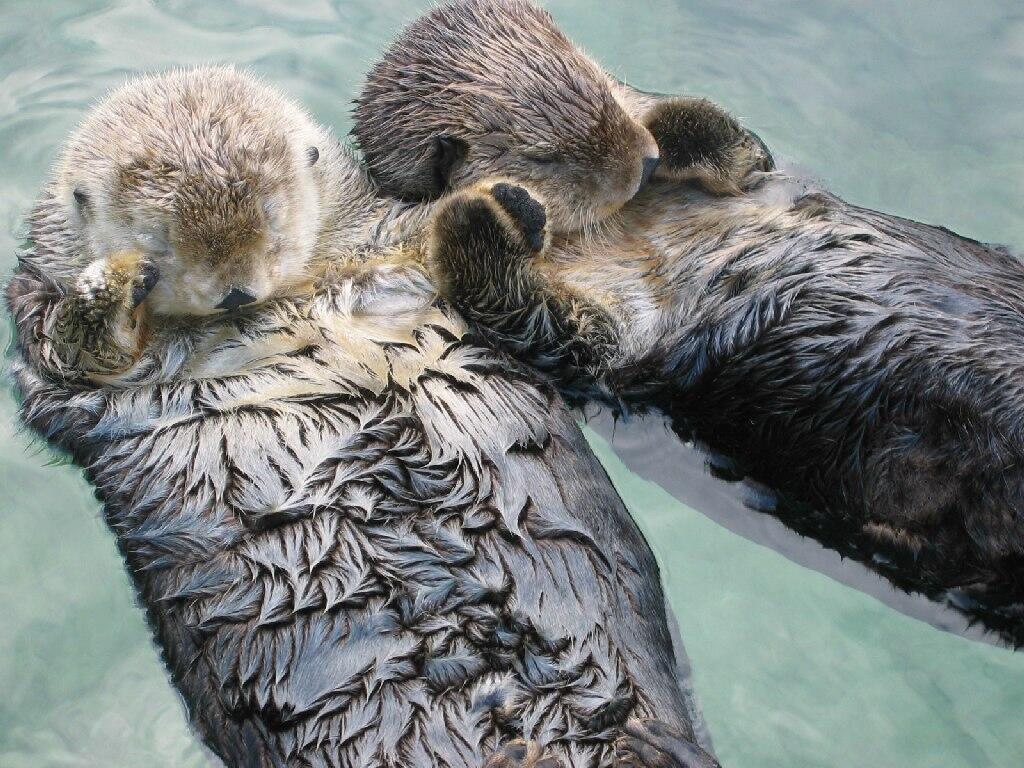 In the entire animal kingdom, sea otters are known to possess the densest fur. Because of the presence of this dense fur, a full grown sea otter is one of the heaviest creatures of the weasel family. Sea otter feeds on marine invertebrates which include sea urchins, crustaceans, molluscs and fish. These creatures use tool to hunt and eat and this special feature about this creature makes it one of the few mammal species to use tools. By virtue of their living habitat these creatures control the ecosystem by controlling sea urchin populations. The diet of sea otters is marine food including fish.

Sea otters used to be found in large numbers but then these creatures were hunted extensively for their fur. And this is why their population dropped in recent times. As a consequence, an international ban on otter hunting was imposed as a conservation effort. This subsequently helped in increasing the number of the creatures to a significant number. Recovery of sea otter is thereby considered as an important achievement in marine conservation. However even today there are some parts of the world where the sea otter population is small. This and many other factors explain as to why these creatures remain classified as an endangered species.

Sea otter feeds three times a day. In the morning it feeds itself. After having done so it rests or sleeps in mid day. It again indulges in feeding itself in the afternoon. Again this creature hunts for food at midnight. And depending on the availability of food in the area sea otter feeds itself from time to time. Often sea otter feeds on that marine food which is of great demand by humans.

Sea otters groom quite often and this includes cleaning of their fur, removing loose fur, rubbing fur to squeeze out water, blowing air into the fur. From afar it appears as if the creatures are scratching but at times the presence of lice and other parasites make them do such acts. Moreover while eating these creatures roll in the water frequently so as to wash unwanted food particles from their fur.

Ways to Cure a Headache