An incredible and huge crop circle was recently observed in Wiltshire, England on the night of August 12, 2016. Indeed, these strange formations have mysteriously appeared before us since ages but this time, it was nothing like you have seen before. This crop circle had a Stargate like glyphs encircling the outer ring along with a tri-fold ring of flowers emerging from the centre backed by a very subtle hexagonal structure and a geometrical pattern beyond it that looked like a flower. 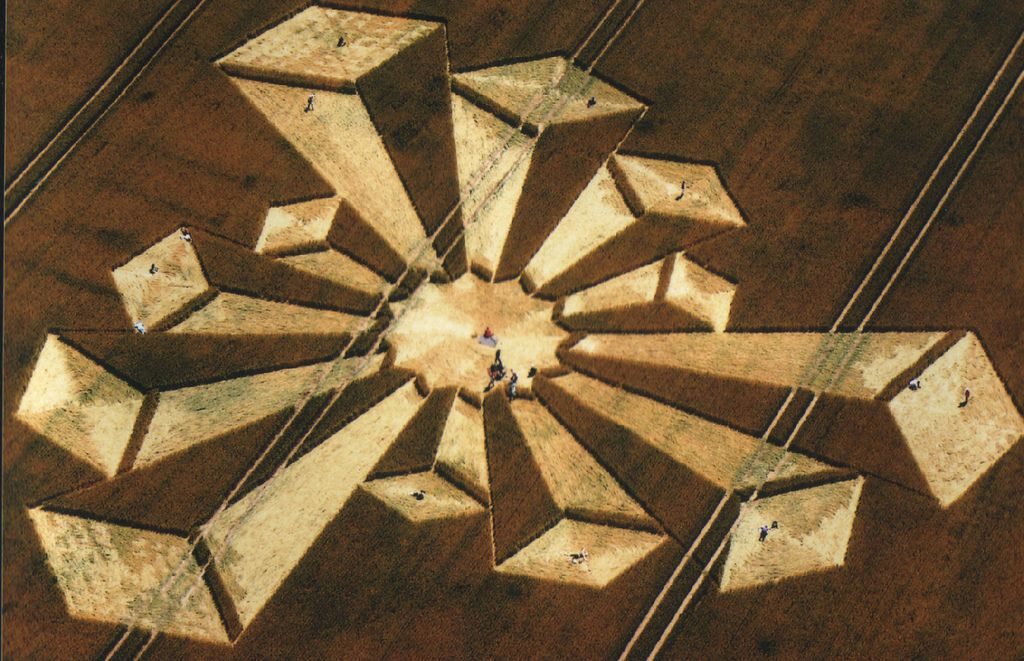 As mentioned, this isn’t the first time a crop circle has appeared. In fact, some estimates conclude that they appear every week somewhere in the world. But the mystery behind these suddenly appearing patterns has always generated shock and awe in the eyes of farmers as well as local media. So what are these crop circles and who/what is making them? 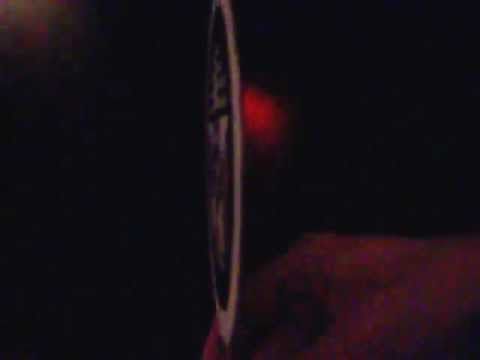 There is no question on the existence of crop circles but the question is- “who creates them”? And as you would expect, there have a number of theories, some plausible while some completely absurd to explain this strange phenomenon. Some people have attributed these patterns to winds or undetectable earth energy fields and meridians called ley lines. Well, that sounds rational enough.

There is another group of people who claim extra-terrestrial involvement. According to them, aliens make these patterns via invisible energy beams or spaceships. Some also believe that it is some human intelligence behind the creation of such patterns. They say some sort of global psychic power resides in crops such as wheat.

However, in 1991, two men confessed to making crop circles as part of a hoax to make people believe in the existence of aliens and spaceships. According to researchers, a vast majority of crop circles is created by such hoaxers but there is a tiny percentage whose appearance and creation cannot be explained, at least as of now.

Several characteristics have been identified related to crop circles, whether a hoax or an authentic one. Some of them include:

Circular Pattern: As can be expected, these crop circles always involve circles, well almost. There have been incidents when other geometrical shapes have been observed, but it’s mostly circular patterns.

The shyness factor: An interesting characteristic of the cropfield phenomenon is its ability to avoid any camera recording. It is also largely nocturnal i.e. these formations appear overnight and are only seen the next morning. These traits prove highly suspicious and disregard any involvement of an extra-terrestrial element and can only be called the work of some hoaxers.

Increasing Complexity and Intricacy: overtime these configurations have become very complex and elaborate. From simple swirled circles, we have progressed to much complex and detailed designs. Moreover, there have also been instances of interlinked spirals, detailed snowflakes, as well as “Torus Knot” and “Mandala” symbols. According to researchers, such intricacy and detailing of mathematical design can be attributed to modern human beings.

10 Things to do Before Your Next Flight